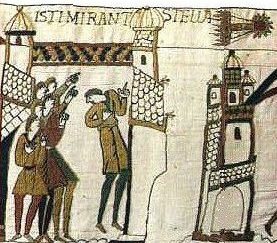 You never find the details of the Jesus story in a history book, like you would for Julius Caesar or Alexander the Great. Why is that? Why is the Bible not cataloged in the library in the History section?

Christians correctly point out that the historical grounding for the Jesus story has some compelling points. For example, there are not one but four gospel accounts. The time gap from original manuscripts to our oldest complete copies is relatively small. And the number of Bible manuscripts is far greater than those referring to anyone else of that time.

The enormous difficulty, however, is that historians reject miracles—not just in the Bible but consistently in any book that claims to be history.

Remember the story of Julius Caesar crossing the Rubicon? The historian Suetonius reported that Julius saw a divine messenger who urged him to cross. This is the same Suetonius that Christians often point to when citing extra-biblical evidence for the historicity of the Jesus story.

It’s a fact of history that Suetonius wrote about the messenger, but this miraculous appearance isn’t actually part of history.

Remember Caesar Augustus, the Roman emperor who reportedly ordered the census that brought Mary and Joseph to Bethlehem (Luke 2:1)? Augustus was himself divinely conceived, and he ascended into heaven when he died.

These reports are part of history, but the events are not.

Everyone knows about Alexander the Great, but legends about his life grew up in his own time. Did you hear the one about how the sea bowed in submission during his conquest of the Persian Empire? Or about how ravens miraculously guided his army across the desert?

The Alexander story is a plausible natural story with excellent supporting evidence (coins with his likeness, cities with his name, stele with his laws, the spread of Hellenism and the creation of the successor empires, records of his conquests from outsiders, and so on) and a few miracles. The natural part is the noteworthy part; the miracles don’t add much.

Compare this to the Jesus story, an implausible story of a god documented by religious texts and without any supporting evidence. Jesus didn’t leave any writings himself, there is nothing from contemporary historians, and later historians record only the existence of the religion. With this story, only the miraculous part is noteworthy.

Christians argue that we should treat the Gospel story like any other biography of the time, and I agree—but I doubt they will like where that takes them.

I am the punishment of God …
If you had not committed great sins,
God would not have sent a punishment like me upon you
— Genghis Khan

(This is a modified version of a post originally published 9/6/11.)