Public Challenge: Show Me a Miracle 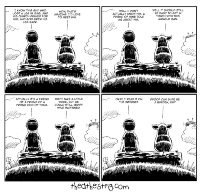 I recently listened to an interview with Dr. Gary Habermas on the “Christian Meets World” podcast. Habermas talked excitedly about the evidence for miracles. He claimed that eight million Americans have had near-death experiences. And if you’re open to this evidence, why not that for the resurrection of Jesus? They’re the same afterlife, after all.

Habermas cited Dr. Craig Keener’s Miracles: The Credibility of the New Testament Accounts (2011), in which are documented hundreds of recent miracle claims. Some miracles have MRI evidence documenting the before and after medical conditions. In one instance a spleen was surgically removed but then reappeared after prayer. He guesses that there are 100 million miracle reports from around the world.

When Habermas debates atheists and brings up this evidence, famous atheists have no comebacks. They’ll handwave but have nothing better than, “Well, people report crazy things.”

These are bold statements. Provocative statements. In fact, I feel a challenge coming on.

I publicly challenge Drs. Keener or Habermas to pick their favorite miracle claim and submit it for public analysis.

Gentlemen: out of the hundreds of claims in this book or the millions of claims worldwide, take your best-evidenced claim for a miracle. This wouldn’t be something that’s a known puzzle for modern science (cancer that went away for no obvious reason, for example) but something that science says can’t happen—maybe an amputated limb that grows back. Forget the hundreds of claims; bring the evidence for just your best one.

I see four possible outcomes of such a public critique.

1. The evidence is not researchable. Not all of the evidence exists or it’s impossible to access, or for some other reason a complete story can’t be put together. Maybe records have been destroyed, red tape prevents them from being accessed, the documentation is written in Turkmen or Quechua or some other inaccessible foreign language, or witnesses are inaccessible or deceased.

2. The evidence crumbles. We have a complete story, but the evidence isn’t sufficiently reliable. We can’t be sure that records weren’t deliberately tampered with or memories haven’t faded. Maybe we have the statement of just one person without corroboration or a claim from someone without the relevant qualifications (a layman making a medical diagnosis, for example). Maybe human error can’t be ruled out (inadvertently putting the x-ray from patient X into the folder for patient Y, for example).

3. We find a plausible natural explanation. That story about the spleen that was removed and then reappeared? Spleens can grow back. Amputated limbs that regrow? There have been such claims—the 1640 “Miracle of Calanda” is one example—but, as Skeptoid has shown, natural explanations are sufficient to explain the evidence for this claim. Prayer that stopped an epidemic? As I reported a few months ago (“Claims that Prayer Cures Disease”), the epidemic had run its course by the time prayer started.

4. We have a complete case, and natural explanations are less plausible than a miraculous explanation. This is the happy outcome that Habermas expects.

After public analysis of the Best Claim, I predict that we would see outcome 1, 2, or 3. And once we do, my next prediction is that Messrs. K. and H. will drop that claim like a used tissue and burrow through their files for another one.

Lather, rinse, repeat. Over and over. “Oh, you don’t like that claim? Not a problem—I got plenty more.”

Gentlemen, may I encourage you to respond to my challenge? You know how to reach me.

Messrs. K. and H. assure the public
their production will be second to none.
— The Beatles, “Being For The Benefit Of Mr Kite”

September 28, 2012 Don’t Move the Goalposts, Again
Recent Comments
1 Comment | Leave a Comment
""No legitimate scientist doubts evolution." Such an authoritative statement for an impossible theory. There are ..."
Sunislocal Saving Haeckel: why “ontogeny recapitulates phylogeny” ..."
"From a reply to this topic by Dave Armstrong on his site:You need to be ..."
Zizzer-Zazzer-Zuzz The Bible defeats its own Resurrection ..."
""Humans and apes are each primates. We share a typical ape ancestor with chimpanzees. It ..."
Sunislocal Saving Haeckel: why “ontogeny recapitulates phylogeny” ..."
"There's the old adage that no problem is so big or too complicated that it ..."
Michael Neville Christians who just don’t get it
Browse Our Archives
get the latest updates from
Cross Examined
and the Patheos
Nonreligious
Channel
POPULAR AT PATHEOS Nonreligious
1