What Makes a Good Prophecy (and Why Bible Prophecies Aren’t)

What Makes a Good Prophecy (and Why Bible Prophecies Aren’t) September 3, 2012 Bob Seidensticker 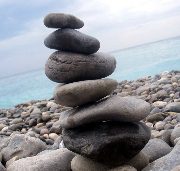 What makes a good prophecy?

And now there’s the (new ’n improved!) prediction by Ronald Weinland that Jesus will return on May 19, 2013.

I’d like to propose some rules for good prophecies against which we can compare the gospel prophecies.

We regularly find big surprises in the news—earthquakes, wars, medical breakthroughs, and so on. These startling events are what make good prophecies.

2. The prophecy must be precise, not vague. “Expect exciting and surprising gold medals for the U.S. Olympic team!” is not precise. “A major earthquake will devastate Port-au-Prince, Haiti on January 12, 2010” is precise.

Nostradamus is another example of “prophecies” that were so vague that they can be imagined to mean lots of things. Similarly, the hundreds of supposed Bible prophecies are simply quote mining. You could also apply the identical process to War and Peace or The Collected Works of Shakespeare to find parallels to the gospel story, but so what?

3. The prophecy must be accurate. We should have high expectations for a divine divinator. Edgar Cayce could perhaps be excused if he was a little imperfect (that he showed no particular gift at all is damning, however), but prophecy from the omniscient Creator should be perfect.

4. The prophecy must predict, not retrodict. The writings of Nostradamus predict the London Great Fire of 1666 and the rise of Napoleon and Hitler … but of course these “predictions” were so unclear in his writings that the connection had to be inferred afterwards. This is also the failing of the Bible Code—the idea that the Hebrew Bible holds hidden acrostics of future events. And maybe it does—but the same logic could find these after-the-fact connections in any large book.

7. The fulfillment must come after the prophecy. Kind of obvious, right? But some Old Testament prophecies fail on this point.

Isaiah 45:1 names Cyrus the Great of Persia as the anointed one (Messiah) who will end the Babylonian exile (587–538BCE) of the Israelites. That would be pretty impressive if it predicted the events, but this part of Isaiah (Deutero-Isaiah) was probably written during the time of Cyrus.

Or take Daniel. Daniel the man was taken to Babylon during the exile, but Daniel the book was written centuries later in roughly 165BCE. Its “prophecies” before that date are pretty good, but it fails afterwards. There’s even a term for this, vaticinia ex eventu (prophecy after the event).

8. The fulfillment must be honest. The author of the fulfillment can’t simply look in the back of the book, parrot the answers found there, and then declare victory. For example, that Mark records Jesus’s last words as exactly those words from Psalm 22 could be because it really happened that way, or that Jesus was deliberately quoting from the psalm as he died, or (my choice) Mark knew the psalm and put those words into his gospel.

I think that any of us would find this a fairly obvious list of the ways that predictions can fail. We’d spot these errors in a supermarket tabloid or in some other guy’s nutty religion.