10 Reasons to Just Say Nay to the Naysayer Hypothesis 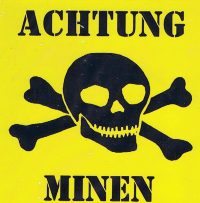 Apologists tell us that the gospels were written at a time when many disciples—the eyewitnesses—were still alive. If they heard an inaccurate story, they’d say, “I was there, and that’s not the way it happened!” They’d shut it down. An incorrect version of the story would not have survived.

Let’s consider this alternative world, where those in the inner circle tried to snuff out any false statements about Jesus. It quickly falls apart under examination.

Here are ten reasons why I say nay to this Naysayer Hypothesis.

1. There would have been few potential naysayers. True, the gospel story reports thousands witnessing the miracle of the loaves and fishes, but these wouldn’t be naysayers. A naysayer must have been a close companion of Jesus to witness him not doing every miracle recorded in the Gospels. He would need to know that Jesus didn’t walk on water and didn’t raise Lazarus. A proper naysayer must have been one of Jesus’s close companions during his entire ministry, and there would likely have been just a few dozen.

2. We imagine a handful of naysayers who know that the Jesus story is only a legend, but that was in the year 30. Now the first gospel is written and it’s roughly forty years later—how many are still alive? Conditions were harsh at that time, and people died young. Many from our little band of naysayers have died or been imprisoned by this point.

3. A naysayer must be in the right location to complain. Suppose he lived in Jerusalem, and say that the book of Mark was written in Alexandria, Egypt, which historians say is one possibility. How will our naysayer correct its errors? Sure, Mark will be copied and spread, but there’s little time before our 60- or 70-year-old witnesses die. Even if we imagine our tiny band dedicating their lives to stamping out this false story—and why would they?—believers are starting brush fires of Christian belief all over the Eastern Mediterranean, from Alexandria to Damascus to Corinth to Rome. How can we expect our naysayers to snuff them all out?

4. They wouldn’t know about it. Two thousand years ago you couldn’t walk down to the corner bookstore to find the latest Jesus gospel. How were our naysayers to learn of the story? Written documents at that time were scarce and precious things. The naysayers would be Jews who didn’t convert to Christianity. They wouldn’t have associated much with the new Christians and so would have been unlikely to come across the Jesus story.

5. There was another gulf between the naysayers and the early Christians: the Gospels were written in Greek, not the local language of Aramaic spoken by Jesus and the naysayers. To even learn of the Jesus story in this community, our naysayers must speak Greek, which is hard to imagine among the typical peasant followers of Jesus. How many could have done this? And to influence the Greek-speaking readers of the Gospels, a rebuttal would have to have been written in Greek—not a common skill in Palestine.

6. Imagine a naysayer knew the actual Jesus and knew that he was merely a charismatic rabbi. Nothing supernatural. Now he hears the story of Jesus the Son of Man, the man of miracles, the healer of lepers and raiser of the dead. Why connect the two? “Jesus” was a common name (or Joshua or Yeshua or whatever his name really was), and supernatural claims were common at the time. His friend Jesus didn’t do anything like this, so the story he heard must be of a different person. So even when confronted with the false teaching, he wouldn’t know to raise an alarm.

7. Consider how hard is it today for a politician, celebrity, or business leader to stop a false rumor, even with the many ways to get the word out. Think about how hard it would have been in first-century Palestine. How many thousands of Christians were out there spreading the word for every naysayer with his finger in the dike? Given the sensational story (“Jesus was a miracle worker who can save you from your sins!”) and the mundane one (“Nah—he’s just a guy that I hung around with when I was growing up”), which has more traction?

8. Jesus himself couldn’t rein in rumors. He repeatedly tells those around him to not tell anyone about his miracles, and yet we read about both the miracles and Jesus’s fruitless plea. If he can’t stop rumors, why imagine that mortals can?

Or consider Joseph Smith. Here was a man convicted of the very occult practices that he then tells about in the Book of Mormon. Should’ve been easy to pull aside the curtain on this “religion,” right? Nope.

Look at Scientologists, cults, or any of the divisions of Christianity, both major (Christian Science, Jehovah’s Witnesses) and minor (thousands of nondenominational churches and sects). Apparently, new religions start quite easily. The incredulous, “But what else could explain the New Testament but that the writers were telling the truth?!” doesn’t hold up when we see how easy it is.

9. One way to stop the gospel story would be naysayers, but a far better way would be to show the story as false. And the gospels themselves document that it was.

Jesus said that the end would come within the lifetime of many within his hearing. It didn’t (indeed, that this was going to be a longer process than initially thought was a reason that the oral history was finally written down, decades after the events). With the central prediction crumbling, what more proof do you need that this religion was false? And yet the religion kept on going. Obviously, religion can grow in the face of evidence to the contrary.

10. Christian apologists say that there were no naysayers, but how do we know that there weren’t? For us to know about them, naysayers would need to have written their story and have some mechanism to recopy the true account over and over until the present day. Just like Christian documents, their originals would have crumbled with time. What would motivate anyone to preserve copies of documents that argued against a religion? Perhaps only another religion! And it’s not surprising that the Jesus-isn’t-divine religion didn’t catch on.

This argument is popular but empty. Don’t use it.

October 27, 2012 What? MORE on that 9/11 Cross?
Recent Comments
13 Comments | Leave a Comment
Browse Our Archives
get the latest updates from
Cross Examined
and the Patheos
Nonreligious
Channel
POPULAR AT PATHEOS Nonreligious
1