How Could an Atheist Convert to Christianity?

How Could an Atheist Convert to Christianity? October 5, 2012 Bob Seidensticker 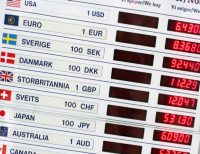 Last time I made the claim that atheists, once they are well-informed about the arguments pro and con Christianity, are stuck there. Intellectual arguments can’t budge them. This is more than just a curious observation; I see it as an argument that atheism is the best intellectual conclusion.

Let’s test this argument with the examples of several high-profile ex-atheists. We can start with prominent atheist philosopher Antony Flew, who converted to deism in 2004 at age 81. The story caused a stir, with atheists fearing that apologists had blindsided a vulnerable old man with unfamiliar new arguments.

Flew wrote the argument supporting his conversion in There is A God: How the World’s Most Notorious Atheist Changed his Mind in 2007. I say that Flew wrote it, but there’s little evidence to that it was actually him. In the first place, Roy Varghese’s name is on the cover as the coauthor. In the second, the book summarizes Flew’s position in a clumsy first-person account, written not as he would have written it, but as any of us might have done as a research paper, quoting passages from Flew’s own writings to summarize his previous position. An example:

In my new introduction to the 2005 edition of God and Philosophy, I said, “I am myself delighted to be assured …”

Why would Flew quote himself instead of just saying it? Looks like the work of a ghost writer.

The book summarizes the scientific arguments that Flew says were convincing—the same old arguments popular with lots of apologists today—but there’s little reason to imagine that he was competent to evaluate them. In one interview (video) he claims no scientific expertise in a vague appeal to the Argument from Complexity. Flew has made important contributions to philosophical atheism, but I see no reason to imagine that he was ever well informed about apologetic arguments.

(An aside: it is noteworthy that he found deist arguments compelling and so became a deist. Too often, Christians make a case built solely on deist arguments—the Design Argument, the Moral Argument, and so on—without acknowledging that they are making a case for deism, not Christianity.)

I understand the buzz about Flew’s conversion. An ex-atheist saying, “atheism is false” is much more compelling than a Christian doing so. A recent New York Times article argues that the intuitive approach to changing beliefs by providing clear and compelling information from the other side only hardens the existing belief. The problem is “biased assimilation,” where we presume incoming information is valid only when it supports our existing opinions.

If an outsider won’t be trusted, the solution is to supply correct information from an unimpeachable source. That is, find someone trusted in the target community who, unlike the rest of that community, is giving the new information. This person would be a defector, like the three ex-atheists we’ll consider here. That’s why these stories are so newsworthy.

Richard Morgan is case study #2. A prolific contributor to the Richard Dawkins discussion forum, he made waves when he became a Christian in 2008 (find interviews at Apologetics 315 and Unbelievable).

He followed the LDS church early in life but later rejected it. He was delighted to discover Dawkins’ writings and hung out at the Richard Dawkins site. The anti-Christian vitriol shocked him, but, eager for acceptance by the community, he tried to fit in. That slowly changed after David Robertson, the Christian author of The Dawkins Letters, showed up on the site to defend his attack on Dawkins’ The God Delusion. Robertson was polite and dogged, despite the insults, and Morgan was impressed. When the character assassination by fellow atheists became too much, he defended Robertson, was attacked himself, and finally left.

(An aside: this is a lesson worth dwelling on. In a society where battle-scarred or traumatized atheists find respite from Christian culture in a forum, it’s understandable that they might vent. But when the forum is public, politeness counts. Your cutting remark may be the straw that breaks the camel’s back and becomes the anecdote that someone always returns to when thinking about your community.)

Free from his old community but still an atheist, Morgan contacted author David Robertson. Robertson challenged him by asking what would make him believe, and the answer came to mind immediately: “Certainly not reason and science.” That is, he realized that he had no use for the intellectual arguments he had spent years honing.

In that instant, he says the words “We love because he first loved us” (1 John 4:19) popped into his mind. It was an epiphany, and he remembers not only the date but the minute of that day in 2008. He had returned to Christianity.

(I mused earlier about satori being only for Buddhists. Looks like I was hasty.)

Morgan makes clear that his conversion wasn’t based on reason or intellectual arguments.

I still understand the same philosophical arguments against the existence of God. I’m still aware of what’s supposed to be the scientific proofs against God, but it’s as if there’s an added perception being put into my mind to see beyond that and to see how limited and inadequate all these explanations are.

And to an imagined atheist, he says:

This wonderful argument you’ve just written about explaining how God can’t exist, I know it so well I’ve used it a dozen times myself. But it’s not true. There’s more to it than that.

Morgan claims to have been a well-informed atheist, and I’m convinced. But he gives absolutely no reason to follow him on this path. Epiphanies don’t happen on demand, and I couldn’t follow him if I wanted to.

Let me clarify that I’m not concerned about a mass exodus from atheism. I care about the truth, not atheism, and would happily abandon atheism if I found it to be false. I’m simply underscoring that this is not an argument for Christianity.

With Richard Morgan, we have an example of a well-informed atheist who became a Christian. That’s interesting, but it’s nothing more than that.

Our final case study will be Leah Libresco, a fellow Patheos blogger (at Unequally Yoked). Immersed in a Catholic environment, she seemed to find the center of gravity of her moral philosophy gradually move from atheism to Catholicism. It was as if the vocabulary available within atheism was inadequate, with Catholicism much better able to express reality.

In an interview, Hemant Mehta (the Friendly Atheist) pointed out that Leah’s conversion hasn’t led to a flood of other conversions (or perhaps any). Like Richard Morgan’s conversion four years earlier, there are no new insights or arguments to which an atheist might say, “Oh, that’s interesting; I need to think about that” as the first step toward Christianity.

These are three bona fide conversions away from atheism. From different atheist communities, they show that smart atheists can reject the non-faith. This may help tone down atheist smugness, but none of these conversions provides new reasons that atheists can use to challenge their nonbelief.

This (admittedly limited) survey was meant to test the hypothesis that well-informed atheists never change because of intellectual reasons. I think the hypothesis stands.

If I knew that a man was coming to my house
with the conscious design of doing me good,
I should run for my life.
— Henry David Thoreau

October 7, 2012 Getting off Mount Atheism
Recent Comments
242 Comments | Leave a Comment
"I make no "claims".This is a claim that you make:There is no reference to a ..."
Greg G. Bad atheist arguments: “History is unreliable”
"Oh some of those fuckers have had their moments too.Major General Nathanael Greene was a ..."
Ignorant Amos Stupid arguments Christians should avoid #43: ..."
"Evolution allows a mutation to have both detrimental and beneficial impacts in an environment; it ..."
abb3w Stupid arguments Christians should avoid #43: ..."
"He describes himself as "bestselling author and Emmy award winning science journalist Michael Guillen".He has ..."
Jim E Jones Stupid arguments Christians should avoid #43: ..."
Browse Our Archives
get the latest updates from
Cross Examined
and the Patheos
Nonreligious
Channel
POPULAR AT PATHEOS Nonreligious
1