Are We Just Molecules in Motion?

Are We Just Molecules in Motion? November 12, 2012 Bob Seidensticker 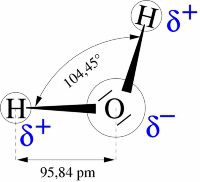 How can humans be just molecules on motion? How could this explain consciousness or morality?

Christian apologists object to what they see as the consequences of the naturalistic view—that humans are nothing more than machines. Can this mechanistic outlook explain the facts of consciousness and morality?

In the first place, the Heisenberg Uncertainty Principle makes clear that we’re not living in a clockwork universe where, if we could only understand the state of things precisely enough, we could in theory predict the future. Quarks are not like billiard balls. Heisenberg states that there is unavoidable randomness at the quantum level, and things are not deterministic. Naturalists agree that a deterministic, molecules-in-motion worldview doesn’t work.

This caricature refuses to go beyond the simple laws governing our molecules. No, consciousness, morality, and other complex human traits don’t follow directly from fundamental quantum laws, but they are examples of emergent phenomena.

Consider water molecules. At a quantum level, the forces are pretty straightforward—electrostatic forces hold things together and heat drives them apart; the strong force keeps the nucleus intact and the weak force governs when it breaks apart; and so on.

The diagram above shows a water molecule, with the bonding angle and distance between nuclei shown. Imagine conveying all this information about water to quantum physicists in another galaxy that doesn’t have water. They would know everything about water but only at the nano scale.

From this, could they deduce the existence of whirlpools, turbulence, erosion, or waves on the shore? Would they anticipate rainbows, clouds, snowflakes, fog, and frost? Could they predict that water self-ionizes or expands as it freezes? No single water molecule possesses the properties of wetness, fluidity, pH, salinity, or surface tension, but these and other properties emerge when trillions of trillions of water molecules are put together.

Wetness isn’t a property of a water molecule; it emerges. Individually it’s not there, but it appears collectively.

Take alloys as another example. If you add water to alcohol, you get dilute alcohol. But if you add tin to copper, you get bronze. Add carbon to iron to get steel. The resulting alloys can be more useful than the elements that make them. Sometimes 1 + 1 = 3.

Take the human brain. Our brains have roughly 100 billion (that’s 1011) neurons. A single neuron doesn’t think 10–11 times as fast; it doesn’t think at all. Thinking is another emergent phenomenon.

Similarly, consciousness doesn’t reside in any one neuron or in any section of the brain; it emerges from an entire working brain. Same with morality. If there’s no need to imagine a mind separate from the brain to explain consciousness in a mouse, why would it be necessary for humans?

Compare a human brain with a lizard brain. A lizard doesn’t have a poorly developed sense of humor (or wit or irony), it has none at all. Humans’ extra brain cells don’t make us a super lizard, they makes us something completely new and different, something emergent.

Denigrate the brain with “we’re just molecules in motion” if you want, but consciousness is like wetness—it emerges out of the whole. There is no need to imagine an objective morality grounded outside the human brain, or a mind to provide consciousness, or a soul to provide personality. All evidence points to their simply being properties of the brain.

November 14, 2012 Gospels vs. the Perfect Miracle Claim
Recent Comments
5 Comments | Leave a Comment
"There you go again. You produced a list that you believe applies to mythicists and/or ..."
Ignorant Amos When Christians Treat God Like a ..."
"I second Susan's appeal.Not only is he here spreading bile, but he is also over ..."
epeeist How Useful is the Bacterial Flagellum ..."
"Ed Brayton on Dispatches from the Culture Wars announced that he is signing in to ..."
epeeist A Simple Thought Experiment Defeats Claim ..."
"You might find the Tippling Philosopher more interesting, at least once you block the neo-Nazis, ..."
Susan A Simple Thought Experiment Defeats Claim ..."
Browse Our Archives
get the latest from
Cross Examined
Sign up for our newsletter
POPULAR AT PATHEOS Nonreligious
1