Believers are Products of their Environment

Believers are Products of their Environment November 2, 2012 Bob Seidensticker 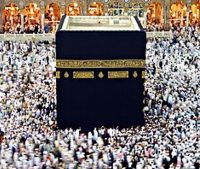 To avoid the charge of special pleading, Christians must argue that they were just extraordinarily lucky to have been born in a place and time in which the correct religion happened to be available.

Religion is like language. I speak English because I was raised in America. I didn’t evaluate all the languages of the world before I picked the best one; it was just part of my environment.

Any Christian will tell you that babies born to Muslim parents are almost exclusively Muslim for no more profound reason than that they were raised in a Muslim environment. Why should it be any different for babies born to Christian parents?

What religion a man shall have is a historical accident,
quite as much as what language he shall speak.
— George Santayana

(This is a modification of a post that originally appeared 9/16/11.)

November 5, 2012 The Sin of Sodom was Homosexuality ... Right?
Recent Comments
13 Comments | Leave a Comment
"Hi, Anthon ~I can see your honest concern.But let me point out to you that ..."
Ann 6 Flaws in the Pro-Life Position ..."
"I voted early last Friday. The county Election Board is only a few miles from ..."
Greg G. Most U.S. Abortions are Due to ..."
"Sure, that's entirely possible too.But many girls tell their story this way:> First the (much ..."
Ann 6 Flaws in the Pro-Life Position ..."
"That's how I am with Vietnamese. I have somewhat of an understanding of the diacritical ..."
Greg G. Christianity Missed the Opportunity to Advance ..."
Browse Our Archives
get the latest from
Cross Examined
Sign up for our newsletter
POPULAR AT PATHEOS Nonreligious
1