C.S. Lewis Gets it Wrong: Liar, Lunatic, Lord … or Legend? 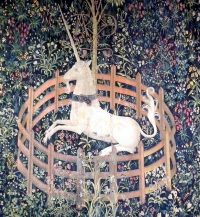 Some say that Jesus wasn’t divine but was still a great sage. C.S. Lewis has no use for this foolish argument. Here is his widely quoted rebuttal:

A man who was merely a man and said the sort of things Jesus said would not be a great moral teacher. He would either be a lunatic—on the level with a man who says he is a poached egg—or he would be the devil of hell. You must take your choice. Either this was, and is, the Son of God, or else a madman or something worse. You can shut Him up for a fool or you can fall at His feet and call Him Lord and God. But let us not come with any patronizing nonsense about His being a great human teacher. He has not left that open to us.

“Patronizing nonsense”? We have no problem with wisdom taken from the Koran or the story of Gilgamesh or the Upanishads or any other book of religion or mythology despite their being wrong about the supernatural stuff. Assuming that the Bible’s supernatural claims are false, why must that invalidate its wisdom, too?

But let’s return to Lewis’s famous trilemma: Jesus must have been a liar (he knew that he wasn’t what he said he was), a lunatic (he was crazy, so that explains his wild claims), or … maybe all that he said was true. In that case, he must be Lord.

But this ignores the ferociously obvious fourth possibility, that the entire Jesus story is legend.

We understand that stories can evolve into legends with time—the Iliad, Merlin, William Tell, John Henry, the Roswell UFO story, and so on. I wrote about the legendary growth of the Angel of Mons tale here. Are we to set aside all that we know about nature and imagine instead that a supernatural God sent supernatural Jesus to earth to do supernatural things? We need a lot of evidence to make that jump.

The plausible natural explanation for the Jesus stories is that they were told orally for decades, and they grew with the retelling, changing to fulfill prophecy from the Law or to ensure that Jesus took on the traits of competing religions. Remember that Palestine was the crossroads of Greek, Egyptian, and Mesopotamian cultures.

As Jewish Christianity was reinterpreted through Greek culture, the recipients wouldn’t have just known about Dionysus and Friends, many would’ve been followers, all the more reason to expect an amalgam as the result. (I’ve written more about Dionysus vs. Jesus here.)

I’ve discussed this with Christians in the past and have some idea of the objections that they raise. In the next two posts, I will discuss and hopefully resolve twelve Christian objections to the Legend hypothesis.

Whenever you find any statement in Christian writings
which you can make nothing of, do not worry.
Leave it alone.
— C.S. Lewis, Mere Christianity

November 29, 2012 Jesus a Legend: A Dozen Reasons
Recent Comments
126 Comments | Leave a Comment
Browse Our Archives
get the latest updates from
Cross Examined
and the Patheos
Nonreligious
Channel
POPULAR AT PATHEOS Nonreligious
1