Imagine a Christianity Without Indoctrination 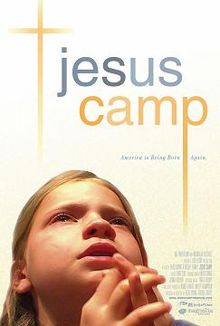 Suppose we re-categorized Christianity as an adult activity. It would be like smoking, alcohol, voting, driving, sex, marriage, and (in some states) pot—things that you must be mature enough to handle wisely.

How long would this adults-only Christianity survive? My guess is that, starved of its primary source of new members, it would die out within a few generations.

We all have inside us what could be called a BS Detector—that common sense that helps us believe as many true things and reject as many false things as possible. For example, present most American adults with a case for Islam or Hinduism or Sikhism, and they will be extraordinarily unconvinced in the same way that claims for miracle cures, alien abduction stories, and great deals on swamp land in Florida would typically be rejected.

As adults, we’re far better at sifting truth from BS than we were as children. And that’s why Christians must be indoctrinated as children, before their BS Detectors are mature. This is the idea behind the Jesuit maxim, “Give me a child until the age of seven and I will give you the man.”

(The full version ends with “… but give me the man, and he will say, ‘Dude, are you insane? Who would believe that??’”)

Imagine this conversation between the father of a 6-year-old child and the grandmother.

Grandma: “Little Johnny is old enough for me to take to Sunday School now.”

What kind of “truth” is it that must be taught before people are mature, before their BS Detectors are fully functioning? Grandma realizes that only before someone’s BS Detector is operating correctly can the beliefs of religion be put into someone’s head. This is a very poor stand-in for truth.

Many Christians will agree that Christianity needs access to immature minds to survive. But what does this say about the evidence behind the Christian claim that God exists?

The first principle is that you must not fool yourself—
and you are the easiest person to fool.
— Richard Feynman

November 14, 2012
Gospels vs. the Perfect Miracle Claim
Next Post

November 19, 2012 Tips for Dealing with Creationists
Recent Comments
10 Comments | Leave a Comment
"I can't find a single instance of me cutting out something of substance or of ..."
JustAnotherAtheist2 Soft Theism: Suffering and Heaven
"Jako’s Responses to Comments:Numerous atheists on this blog: Given that this exercise is coming to ..."
Miklos Jako Soft Theism: Final Thoughts
"Jako’s Responses to Bob’s Comments on the previous installment:Just making stuff up: You write about ..."
Miklos Jako Soft Theism: Final Thoughts
"Also, you realize that you never actually ANSWERED the objection in the quoted paragraph, which ..."
Verbose Stoic Soft Theism: Suffering and Heaven
Browse Our Archives
get the latest from
Cross Examined
Sign up for our newsletter
POPULAR AT PATHEOS Nonreligious
1

Nonreligious
An Understandable Universe May Point to God, but...
Cross Examined
TRENDING AT PATHEOS Nonreligious