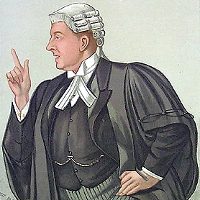 Hey—what’s the difference between a jellyfish and a lawyer? One is a spineless, venomous blob, and the other is a marine animal!

Hey—how does a lawyer sleep? First he lies on one side, then he lies on the other!

Hey—whaddya call ten lawyers buried to their necks in concrete? A good start!

No, this isn’t a rant against lawyers, despite my recent discussion of lawyer thinking. I understand their important role in society. I even understand what it’s like to be in a minority that some in society find repulsive—I’m an atheist, remember?

J. Warner Wallace at the Please Convince Me podcast responded to my recent “Scientist Thinking vs. Lawyer Thinking” post. He is a homicide detective who applies his investigative thinking to Christian apologetics.

Wallace raises some interesting points. I’d like to respond to those and put to rest his fears that this is an attack on lawyers.

Wallace began by emphasizing that prosecutors weigh the evidence provided by the police. They don’t want to lose and only pursue strong cases that they are likely to win.

The prosecution and defense attorneys make the best argument for their side, regardless of their personal opinion of the evidence. A defense attorney might think that their client is actually guilty as charged, for example, but that information doesn’t come out in the courtroom. That attorney wouldn’t be doing their job if it did.

Wallace attacks the idea that science is the only way to find the truth, especially for past events. He points out that both the events in a crime and the gospel story are past events.

Agreed. History isn’t science. But a criminal investigation and history both use what I’ve defined as scientist thinking—a collaborative and open search for the truth. Lawyer thinking—presupposing one side of an issue and picking and choosing facts to support it—is unhealthy in either science or history. And this thinking must be especially unhelpful in a police officer.

1. “The nature of the courtroom vets the claims far more aggressively than any other environment.” The many discarded consensuses from the peer-reviewed scientific process show the flaws in the scientific method. The courtroom’s adversarial process is better.

You want adversarial? The scientific process is not for the faint of heart, as Creationists will tell you. Scientific careers are made by finding something new, and that means subjecting one’s findings to attack by others. Claims aren’t taken on faith, and scientists replicate each other’s experiments to validate or overturn the results (remember cold fusion?).

The review process is never over, and the better established the scientific claim, the bigger the acclaim for the scientist who overturns it. That’s why the claim by some Creationists that evolution is bankrupt and biologists know it is ridiculous. The biologist who overturns this consensus can count on a Nobel Prize and its $1.1 million prize money.

Science is also a meritocracy, with a high barrier to entry. No participant is flawless, but each is highly trained. There’s no equivalent of lay jurors within science.

Surely Wallace isn’t suggesting that we replace scientist thinking by lawyer thinking in the laboratory. The problem isn’t that lawyer thinking needs to be applied more widely but that it is already too easy for us to fall back on. It serves us well in the courtroom but would be no asset to science.

2. “Historical events by their very nature are unrepeatable.” Science isn’t the tool to use.

To illustrate how scientist thinking is supposed to work, Richard Dawkins gave this anecdote in The God Delusion.

I have previously told the story of a respected elder statesman of the Zoology Department at Oxford when I was an undergraduate. For years he had passionately believed, and taught, that the Golgi Apparatus (a microscopic feature of the interior of cells) was not real: an artifact, an illusion.

Every Monday afternoon it was the custom for the whole department to listen to a research talk by a visiting lecturer. One Monday, the visitor was an American cell biologist who presented completely convincing evidence that the Golgi Apparatus was real. At the end of the lecture, the old man strode to the front of the hall, shook the American by the hand and said—with passion—“My dear fellow, I wish to thank you. I have been wrong these fifteen years.” We clapped our hands red.

No fundamentalist would ever say that. In practice, not all scientists would. But all scientists pay lip service to it as an ideal—unlike, say, politicians who would probably condemn it as flip-flopping. The memory of the incident I have described still brings a lump to my throat.

3. “Science isn’t absent from the courtroom.” Forensic science is presented as evidence when appropriate. Science isn’t rejected or demeaned.

Understood. And lawyer thinking is still best left in the courtroom.

4. “Lawyers don’t make the final decision in a courtroom.” The jury or judge are the final arbiters, not the lawyers.

One important difference is that there is no equivalent within science to letting someone off on a legal technicality (not reading the accused his Miranda rights, for example). Having a formal process is important and useful in the legal system, but science gets as many second chances as needed to get it right.

[The courtroom model has] been established for a reason. It’s still the single best method of determining what happened in the past. It’s time-tested, it’s vetted, it has an elaborate set of regulations and precautionary rules that attempt to limit error to begin with, and then they provide for appeal when error occurs.

Lawyer thinking does not follow the evidence where it leads; it begins the conversation with a bias to one answer and presents only information that confirms that presupposition. It’s natural and often feels right, but, outside the courtroom, it is not the best way to find the truth.

Make instead an egoless and collaborative search for the truth by following the facts where they lead.

Faith is no virtue.
Demanding evidence is no vice.
— Unknown

Pastors Upset Over Supreme Court's LGBT...
Dispatches From the Culture Wars
Books by This Author Books by Bob Seidensticker