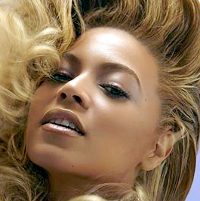 I’d like to suggest an analogy that Christians would do well to avoid.

Here’s one instance of it.

A man found the girl of his dreams. She was intelligent, beautiful, and she loved him. He was convinced that she was the perfect mate. He wanted to marry her. But he never asked her. So, they were never married. Wanting to be married doesn’t make it so. You have to decide and then act.

Our situation with God is something like that. We feel the God-shaped vacuum. We desire relationship with him. We hear that Christ’s sacrifice makes that relationship possible by paying the price for our wrongdoing.

But the relationship will never happen unless we decide and then act.

As Beyoncé observed, “If you like it, then you shoulda put a ring on it.” Take the plunge. Make a leap of faith and commit to Christianity.

No, this story is not at all what the Christian claim is like. Here’s a better parallel:

A man wanted to settle down with someone special, and his friend Paul told him about a girl he knew, Diana. Paul described her as intelligent, beautiful, caring, and the perfect mate. The guy was eager to meet her and asked Paul to arrange it, but Paul kept giving excuses—she was busy, she had to reschedule, she was out of town, and so on. But Paul said that she was also eager to meet.

As our hero continued to ask about the mysterious Diana over subsequent days, Paul responded with more excuses and gave her increasingly New Age-y attributes: Diana had lived past lives, she could sense the future, she could move things with her mind. And then ever-more fanciful skills: she could materialize objects, she could heal in seconds after an injury like Wolverine, she could fly like Superman.

Our hero has now lost interest. This tale sounds like an invention, even like fiction. He doesn’t imagine that Paul would deliberately lie to him, but Paul’s story has few characteristics of an authentic biography.

And that’s the problem with these “Jesus is like” or “God is like” analogies. The least interesting feature of the Christian girl-of-his-dreams story is that the girl actually existed. Well, duh—it’s hardly a remarkable claim.

And yet existence is the central feature of the claim about Jesus or God. Somewhere very early in that story must be some variant of, “Okay, I know this sounds pretty fanciful. I know God sounds just like all those other gods that we both agree don’t exist. But this one’s different! Let me tell you why.”

Don’t pretend that one’s relationship with a person is like that with God. Christians should avoid this analogy.

I choose not to draw vast conclusions
from half-vast data.
— Dr. Jerry Ehman