Atheists: What Would It Take to Change Your Mind?

Atheists: What Would It Take to Change Your Mind? February 11, 2013 Bob Seidensticker 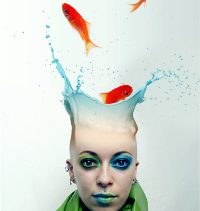 “Well, Mr. Atheist Smarty Pants, you think you’re so open minded. Prove it. Show me what would convince you to change your mind.” I recently challenged Christians to consider what it would take to convince them that their religious beliefs are wrong, and now it’s the atheists’ turn.

A good article on this question is The Theist’s Guide to Converting Atheists, written by fellow Patheos blogger Adam Lee of Daylight Atheism. I’ve used it here as a starting point for my own exploration on this question.

Here’s a tentative list of what would convince me of a religion’s claims (more on the tentative nature of the list below).

These traits aren’t evidence for a religion, but they respond to arguments against. They are traits of a religion with a real deity behind.

I wouldn’t add to this list that the god must be praiseworthy, judged by modern moral standards. The god might encourage genocide and allow slavery, but he doesn’t necessarily have to be good (the Gnostics imagined such a creator god).

Of course, you can cobble together rationalizations for religion without these properties—a religion where faith is required, where the holy book is ambiguous, where religion is split by doctrinal controversies, and so on, but don’t expect that to be a compelling argument.

Here’s a short list of general religious arguments that won’t get you out of the starting gate.

Let me return to the first list. I said that it was a tentative list because of Shermer’s Last Law: “Any sufficiently advanced extraterrestrial intelligence is indistinguishable from God.” How could I distinguish alien technology a million years more advanced than our own from the supernatural actions of a god? And if the aliens identified themselves, they might portray themselves as gods to get us to react in a certain way. Who knows—they might even be intergalactic practical jokers who just want to mess with us.

So let me admit that, to the Christian’s challenge “What would it take to get you to believe in God?” it might be that no evidence would. But anything that would provoke Shermer’s Last Law would be a heckuva lot more evidence than we’ve had to date, where Christianity fades into the general background of thousands of manmade religions.

Let’s pull back and consider two situations: (1) the atheist given substantial evidence of God’s existence (the present slate of arguments by Christian apologists doesn’t come close to being “substantial”) and (2) the Christian given substantial evidence that their faith is incorrect (discussed in a post a few days ago). I’m saying that the atheist would be reasonable in not changing to accept the supernatural, but reason compels the Christian to change and reject the supernatural.

Is this a double standard?

Perhaps the reason that Christianity isn’t compelling to many atheists is that they have no particular motivation (besides wanting to believe true things) to see it as correct. Is wanting it to be true a requirement for Christian belief?

February 13, 2013 Polytheism in the Bible
Recent Comments
144 Comments | Leave a Comment
Browse Our Archives
get the latest from
Nonreligious
Sign up for our newsletter
POPULAR AT PATHEOS Nonreligious
1