Christians: What Would It Take to Change Your Mind?

Christians: What Would It Take to Change Your Mind? February 7, 2013 Bob Seidensticker 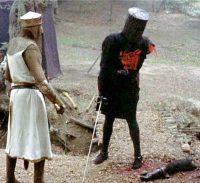 Christians who want to willfully reject evidence can certainly do so, but they have no grounds to pretend to be following the evidence where it leads. Let’s consider some examples.

Imagine a prayer experiment that showed no effectiveness. But we needn’t imagine this; such a test has been conducted. The 2006 STEP experiment, often known as the Templeton Study because of the foundation that funded it, “was by far the most comprehensive and rigorous investigation of third-party prayer to date.” It found no value to prayer.

Have any Christians turned away from faith because of this study? I doubt it. They’ll say that you can’t test God or that God isn’t like a genie who answers to your command. They’ll say that using science to study religion is like using a hammer to carve a turkey—it’s simply not the right tool.

But if a prayer study had shown a benefit, you can be sure that Christians would be all over that, citing it as important evidence that everyone must consider.

Mother Teresa’s story is an excellent personal example of the results of prayer. As a young woman, she had an ecstatic vision of Jesus charging her to care for the poor. Surely she would’ve said that this was evidence for the existence of God and Jesus. But then mustn’t we also take seriously the absence of evidence and consider what that means? Her life was colored far more by the agony of ignored prayers than the ecstasy of visions. Late in life she wrote, “the silence and the emptiness is so great” and “I have no Faith … [the thoughts in my heart] make me suffer untold agony.”

Pat Robertson publicly prayed that the 2003 hurricane Isabel wouldn’t hit the Virginia Beach area where his Christian Broadcasting Network is based. He demanded:

In the name of Jesus, we reach out our hand in faith and we command that storm to cease its forward motion to the north and to turn and to go out into the sea.

Here’s a photo of Isabel making landfall just south of Robertson’s 700 Club headquarters. It was that season’s costliest and deadliest. Oops.

How did Robertson explain the failure to the faithful? My guess is that it wasn’t too hard to dismiss unwelcome evidence to a flock that doesn’t care much about evidence. Where else can you fail this badly and come out looking good?

A Mormon example of selective consideration of evidence is Joseph Smith’s translation of an Egyptian papyrus he called the “Book of Abraham,” which has become part of LDS canon. Modern evaluation has shown Smith’s “translation” to be nonsense, but did that sink Mormonism? Of course not—it’s not based on evidence!

When presented with plausible natural explanations for sensations of God’s presence, some people prefer to cling to the imaginary. One epileptic patient wouldn’t take meds because it would destroy her link to God. She said, “If God chooses to speak through a disease to me, that’s fine.”

A religious leader’s specific prediction is a great way to put religion into the domain of science. You’d think that if the prediction doesn’t come to pass, the followers would realize that the entire thing was a sham.

But no—when the prediction doesn’t happen, a little song and dance can restore the leader’s credibility with at least some of his followers. The Millerites’ Great Disappointment of 1844 is an example. Determined post-Disappointment believers morphed into several groups, including one that became the Seventh Day Adventist church (which itself has made a number of failed end-of-the-world predictions).

More recent participants in the Guess the End of the World contest, which has been ongoing for 2000 years, include Hal Lindsey, who predicted the end in 1988. More recently, Harold Camping was wrong about his highly publicized prediction of the Rapture on May 21, 2011 and the end of the world five months later.

Even after the complete failure of his “prediction,” he rationalized that it was all God’s will, but what about his followers? How many concluded that Camping was totally wrong, that they were fools for being duped, and that they should’ve seen through his charade from the beginning?

The biggest failed prediction, of course, is the one in the gospel accounts themselves that the end of the world was at hand.

This generation will certainly not pass away until all these things have happened (Matt. 24:34).

I’ve already deflated three of the most popular predictions (the virgin birth, Isaiah 53, and Psalm 22).

Imagine that historians discovered an ossuary (bone box) from roughly 30 CE that said, “Jesus of Nazareth, son of Joseph, born in Bethlehem and crucified in Jerusalem” and, after much study and debate, the consensus said that it was as convincing as any Jesus evidence. Given this compelling evidence of an un-risen Jesus, would all Christians discard their belief? We’ve already seen that William Lane Craig would not, and I’m sure that many or most would side with him. Rationalizations abound, such as the Justin Martyr gambit: argue that the devil planted false evidence to deceive us.

Remember Poe’s Law: without some obvious wink that you’re joking, you can’t create a parody of fundamentalism that someone won’t mistake for the real thing. A Christianity where Jesus actually died? Not a problem!

Christianity has weathered Galileo, evolution, and the 14-billion-year-old universe. It shrugs off the Problem of Evil and the Bible’s sanction of slavery and genocide. What negative evidence could sink Christianity? Probably not even clear evidence that Jesus was just a myth. A religion operating on faith after the generation of the founders is like an arch that stays up after the scaffolding is removed.

Christianity is the Black Knight in Monty Python’s Holy Grail who said, after Arthur chopped his arm off, “ ’Tis but a scratch.” It’s the Teflon religion.

It’s the Holy Spirit who gives us
the ultimate assurance of Christianity’s truth.
Therefore, the only role left
for argument and evidence to play
is a subsidiary role.
— William Lane Craig, Reasonable Faith

February 9, 2013 Christianity is Self-Defeating
Recent Comments
2 Comments | Leave a Comment
Browse Our Archives
get the latest from
Nonreligious
Sign up for our newsletter
POPULAR AT PATHEOS Nonreligious
1