A Debt to Christianity? 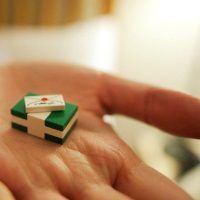 I recently came across a 2010 article by John Steinrucken titled, “Secularism’s Ongoing Debt to Christianity” in the conservative online magazine American Thinker.

I didn’t think much of it.

Steinrucken says that he’s an atheist, but he has an odd accommodationist point of view. I don’t see him making many new atheist friends, and his view of Christianity as a false but useful fiction to keep the Proletariat in line can’t endear him to Christians either. Still, dozens of sites reference his article, many of them Christian.

As an atheist, he doesn’t believe that there is anything behind Christian faith. And though the somewhat-Christian West is at the top of the pyramid at the moment, other societies have advanced quite well without Christianity—consider the Islamic Golden Age, China’s many dynasties, the Aztecs and Olmecs in Central America, the Incas and Aymara in the Andes, Mali and Egypt in Africa, Greece and Babylon in the Eastern Mediterranean, Angkor and Sukhothai in Southeast Asia, and India. He has a long way to go to show that Christianity does something that other religions don’t.

Next, it’s Christianity as a “moral compass.”

Can anyone seriously argue that crime and debauchery are not held in check by religion?

I say to any Christian who would be a rampaging maniac without religion: please remain a Christian! Since prisons aren’t overflowing with atheists, they tend to avoid crime simply because it’s the right thing to do.

If you wondered if this guy is really an atheist, he really looks like a clumsy Poe when he says:

Wow—how many ways would this be wrong in American society? No, the law that Moses brought down from the mountain would be worse than useless. The Ten Commandments demand allegiance to God; the First Amendment allows religion but says that government must stay out of it. The Ten Commandments say nothing against slavery, genocide, and rape; today, we have a very different view of what’s right and wrong. The Ten Commandments presuppose a theocracy; the Constitution outlines a representative democracy.

can cite no overriding authority other than that of fashion.

Wrong again. Atheists point to a shared moral instinct. We’re all the same species, so we have pretty much the same moral programming. If Steinrucken is pointing to objective morality, I want evidence of such a thing. I’ve seen none.

For some reason, he has a chip on his shoulder about “secularists.” He pauses to paint a bizarre picture of how they fill their God-shaped hole. If it’s not nutty New Age nonsense,

they surrender themselves to secular ideologies or do-good causes, especially those in which they can mass with others in solidarity, shouting in unison mindless, ritualistic simplicities and waving placards of hackneyed and inane slogans.

My local atheist group organizes an event at the local blood center every eight weeks. At Christmas, we wrap presents at book stores, with donations going to a children’s hospital. We answer phones for the local public radio station pledge drive. We don’t shout mindless simplicities or wave signs with inane slogans—should we?

Next, we’re told that

secularism has never offered the people a practical substitute for religion.

Do you substitute something for malaria or cancer? Or do you simply make victims healthy?

But if you want to see it that way, the substitute for religion is reality.

We secularists should recognize that we owe much to the religionists, that we are not threatened by them, that we should grant to them their world.

They already have their world—read the First Amendment. I strongly support the demand that “Congress shall make no law respecting an establishment of religion, or prohibiting the free exercise thereof.”

As for our not being threatened, guess again. Some Christians are eager to see prayer in public schools. To see Creationism taught in science class. To see prayers in government buildings from City Hall to Congress. To see “In God We Trust” continue as our official motto and the phrase “under God” remain in the Pledge. To see a de facto Christian requirement for public office.

Why should we be exercised over a Christmas Crèche in front of the county court house?

Because it spits on our governing document, that’s why. (Unlike what you may have heard, there actually are stupid questions.) Do we care about the First Amendment or not? If so, respect it and protect it.

And what harm will come to a child who hears prayer in the schoolroom?

You tell me. Should we deliver morning prayers by cycling through the religions represented in America, giving turns to Muslims, Mormons, Satanists, Wiccans, Hindus, Jehovah’s Witnesses, Catholics, and so on? No conceivable harm to the schoolchildren, right?

Or—crazy idea—maybe we should leave the religious indoctrination at home and just focus on education at school.

Steinrucken doesn’t think much of “elitists,” which pop up occasionally as scoundrels in his essay. They stand on the shoulders of the Christian masses to practice “their conceits and dilettantes.” But it would be wise of them to

publicly hold in high esteem the institutions of Christianity and Judaism, and to respect those who do believe and to encourage and to give leeway to those who, in truth, will be foremost in the trenches defending us against those who would have us all bow down to a different and unaccommodating faith.

So fight fire with fire? When the Muslim believers attack, we must respond with Christian believers for some reason.

No, you don’t fight fire with fire; you fight it with water. A civilization that is immune to the siren call of Christianity won’t care much for Islam either.

This flabby apology for American Christianity never gets off the ground. It’s not that Christianity is the foundation on which is built American democracy; it’s the other way around. The Constitution is what we should defend and hold in high esteem. It’s the Constitution that gives religion its freedom.

A religious war
is like children fighting over
who has the strongest imaginary friend.

March 13, 2013 Why Does the Bible Have No Recipe for Soap?
Recent Comments
12 Comments | Leave a Comment
Browse Our Archives
get the latest from
Cross Examined
Sign up for our newsletter
POPULAR AT PATHEOS Nonreligious
1