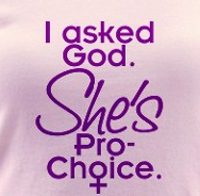 Senator Rob Portman (R-OH) now supports same-sex marriage, a reversal he recently made public. What caused the turnaround was his son coming out as gay two years ago.

Portman’s record against homosexual issues was pretty consistent. He voted for the Defense of Marriage Act, he supported the constitutional amendment banning gay marriage, and he voted to prohibit gay couples in Washington, DC from adopting.

He said about his change of heart:

What happened to me is really personal. I mean, I hadn’t thought a lot about this issue. Again, my focus has been on other issues over my public policy career.

Dick Cheney had been a closet supporter of gay marriage for years because of his lesbian daughter but in 2009 he also came out on the issue.

Why the delay? Republicans are hesitant to do the right thing on gay marriage because it’s politically inconvenient? Since when do you put what’s best for the party in front of what’s best? Still, they have company. I’m sure that was behind the Catholic Church pedophilia cover up—doing what’s right for individuals took a back seat to what was best for the Church. But that’s a side issue. It’s a step forward, and let’s celebrate politicians who take a potentially unpopular stand.

Imagining it vs. living it.

Here’s my question. I see that having a relative makes the issue one you can’t just push away, but why does it take that? Isn’t one of humanity’s super powers the ability to imagine themselves in new situations? Why couldn’t Portman or Cheney speculate, “Gee, what if this issue hit me directly? What if my own child was homosexual? Would I still not budge on ‘traditional marriage’?”

The tide has turned, and many conservative legislators who are now against same-sex marriage will change their minds in the next decade, but why must it take so long? Why can’t they mentally put themselves in Portman’s position and change their minds next week? (And when they finally do change, will they think back on Portman’s example and wonder why it took them so long?)

I guess it’s harder than it looks. Speculating about something must be a poor substitute for it actually happening, and Portman and Cheney would probably still hold their old positions if not for the push from their children.

How does this apply to abortion?

Let’s broaden this observation. One of my recent posts on abortion received nearly 1000 comments, and I argued there with several pro-life advocates. I’m guessing they were older men (related post: Why is it always men advancing the pro-life position?). Their positions were pretty simple: a fetus is a human life, and it’s just wrong to kill a human. That’s it—no nuance, no exceptions, no consideration for the harm of not having an abortion. And why should there be? It’s murder—end of story.

It seems to me that these antagonists are like the pre-enlightenment Portman or Cheney. They’re smart, and they can marshal arguments to support their position. And their position isn’t insane—abortion does kill a fetus.

It’s the tunnel vision that’s the problem. Let’s broaden the view, Senator Portman, and imagine that your own son were gay. Let’s broaden the view, Mr. Pro-Life, and imagine that your own 15-year-old daughter had an unwanted pregnancy. All the plans that you and your wife have for your daughter—graduating from high school, then college, and then a satisfying career and a family—are in jeopardy. How much school will she miss? What teams or clubs must she withdraw from? What commitments will she have to cancel for decorum or out of embarrassment?

It will be an enormous bump in the road if she places the child for adoption. But girls in that situation almost never do—just two percent of premarital births in the U.S. are placed for adoption. Now we’re talking about, not a bump in the road, but a fork to a completely different life, a life with her as a 16-year-old single mom living at home trying to make a life from the constrained options available.

Problem one is that Mr. Pro-Life can’t put himself in this situation, or at least can’t do it successfully. Imagining it is a poor substitute for actually hearing his daughter sobbing in her room and finding out what the problem is.

Problem two is where the lesson from Sen. Portman fails. Portman understands that he can’t make his son un-gay, but Mr. Pro-Life can encourage his daughter to become un-pregnant. He could cite extenuating circumstances in his situation, take care of the problem, and then return to his pro-life dogmatism.

We see this situation in the stories of women picketers of abortion clinics who, being human, have their own unwanted pregnancies. Or their daughters do. They’ll slip in the back door, have the abortion, and then be back on the picket lines days later. When asked about the hypocrisy, they say that other women are sluts. They, by contrast, had a good excuse.

For this reason, pro-lifers may never be able to understand the difficulty facing the nearly one million American women who choose abortion each year. And perhaps we will never have a reasoned conversation on this divisive issue.

I was always looking outside myself
for strength and confidence,
but it comes from within.
It is there all the time.
— Anna Freud 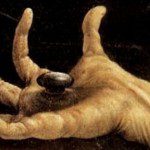 March 15, 2013
10 Reasons the Crucifixion Story Makes No Sense
Next Post

March 20, 2013 Religion is to Science as Homeopathy is to Medicine
Recent Comments
258 Comments | Leave a Comment
"Both go together. The more you know, the more you know what's missing in your ..."
Glandu Christians’ secret weapon against evolution
"When I first read the title of this piece, I thought Bob was going to ..."
BertB Christians’ secret weapon against evolution
"His sources of information are not helping him attain knowledge. Unfortunately SOP nowadays."
Thanks4AllTheFish The frustration of arguing with Christians
"You clearly don't know who is Anil Seth, because while he's sudying consciousness on humans, ..."
Glandu Christians’ secret weapon against evolution
Browse Our Archives
get the latest updates from
Cross Examined
and the Patheos
Nonreligious
Channel
POPULAR AT PATHEOS Nonreligious
1