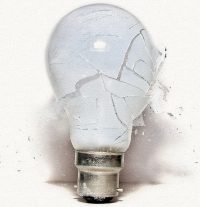 Lee Strobel likes to introduce himself as a former atheist—quite an unpleasant atheist, in fact. As a tough-minded and award-winning journalist, he wanted to get to the bottom of the nonsense about Christianity when his wife became a Christian.

He was the legal editor at the Chicago Tribune where they had a sign reading, “If your mother says she loves you, get a second opinion.” Sounds like they take their fact finding seriously!

Journalists are great; it’s hypocrisy that I don’t care for. Strobel’s The Case for Christ starts off with this tough-minded search, and yet everyone interviewed in his book is a committed Christian. If this is journalism, where is the other side of the story? Looks like the conclusion was drawn before he started.

I have no problem with a Christian writing a Christian book; just don’t try to pass off this project as unbiased journalism.

Strobel wrote a summary of this search. I’d like to respond to his arguments.

He first picks up elements from the gospels—that Jesus was executed, that the tomb was empty, and that the opponents had to claim that the body was stolen—and uses them to argue for the truth of the overall story. That’s like saying that in The Godfather, the motivations of the movie studio executive made complete sense because he’d found a horse head in his bed.

The gospel story is a story. There really wasn’t a horse head, Indiana Jones didn’t really find the lost Ark of the Covenant, and Dorothy didn’t really land in Oz. Why imagine that there was a resurrection? Don’t show internal consistency between elements of the gospel story without first showing that it’s history.

Who Would Die for a Lie?

[The disciples] wouldn’t have been willing to die brutal martyrs’ deaths if they knew this was all a lie.

How do we know that this is accurate? Christianity Today reports that “The tradition of apostles’ martyrdom goes back at least to the beginning of the third century.” So we know this because it was written down 150 years after the events? Quite flimsy evidence.

And what does he mean by “if they knew this was all a lie”? In the first place, I don’t think that the gospel story was a deliberate invention, like a hoax, so this doesn’t attack a point I’d make. In the second place, Strobel apparently imagines that the disciples were charged with crimes that could be dismissed simply by saying, “Just kidding! Jesus wasn’t really raised from the dead.”

What crimes are we talking about? Sedition? Disturbing the peace? General rabble rousing? Denying Jesus doesn’t get you off from these. This “Why would they die for a lie?” argument collapses. (I’ve written more here.)

This reminds me of the joke about the guy looking for something at night under a street light. Guy 2 comes over and asks what’s up.

So Guy 2 looks around to help. After a few minutes, he says, “I sure don’t see them. Where did you lose them, exactly?”

“Over there.” Guy 1 points to a dark part of a parking lot.

“Then why are we looking here??”

And that’s why Strobel brings up the hallucination argument and similar straw men. They aren’t serious arguments. Nobody raises them. But these he can knock over. The light’s better here.

Other Dying and Rising Gods

Was the resurrection simply the recasting of ancient mythology, akin to the fanciful tales of Osiris or Mithras? If you want to see a historian laugh out loud, bring up that kind of pop-culture nonsense.

Unfortunately, all we have of Strobel’s juggernaut of an argument is this vague reference, so we’ll just have to do our best as we risk historians’ mocking laughter.

So the dying-and-rising aspect of the Jesus story couldn’t have come from the dying-and-rising aspect of gods that preceded Jesus like Tammuz, Osiris, Dionysus, Adonis, Attis, and Baal? These were gods from nearby cultures, which would likely have been familiar to literate first-century Greeks, and these gods all died and rose again. No chance of resurrection envy influencing the gospel story?

The typical response is that these other gods’ stories are different from the Jesus story. Of course they’re different—otherwise, they’d be the same story. But they sure sound similar. For example, in a story originating centuries before Jesus, Dionysus was the product of one of Zeus’s many affairs. His jealous wife Hera had the infant Dionysus eaten by Titans, but Zeus brought him back to life through the mortal woman Semele.

Dead, and then born by a mortal. Brought back to life by the ruler of all gods. Is something of that present—nay, central—to the gospel story? You decide if there’s any chance of cross-pollination.

Second-century Christian apologist Justin Martyr even used the similarities to his advantage. He said:

When we say [that Jesus] was produced without sexual union, and that He … was crucified and died, and rose again, and ascended into heaven, we propound nothing different from what you believe regarding those whom you esteem sons of Jupiter.1

Not only did damning similarities exist, Justin argued, but they were deliberately planted in Greek myths by the devil:

For when [the Greeks] tell that [Dionysus] was begotten by [Semele], and when they relate, that being torn in pieces, and having died, he rose again, and ascended to heaven … do I not perceive that [the devil] has imitated the prophecy announced by the patriarch Jacob, and recorded by Moses?2

Justin not only acknowledged the similarities, he embraced them!

After I had thoroughly investigated the matter, I reached an unexpected conclusion: it would actually take more faith to maintain my atheism than to become a follower of Jesus.

Yeah, whatever. Do some objective research and maybe you’ll reach a different conclusion.

I can imagine that Strobel used to be an atheist. But not that he was an atheist just like me.

And it came to pass that in the hands of the ignorant,
the words of the Bible were used
to beat plowshares into swords
— Alan Wilson Watts

1Justin Martyr, “Analogies to the History of Christ,” chapter 21 of First Apology.

2Justin Martyr, “The Devil, since he emulates the truth, has invented fables about Bacchus, Hercules, and Sculapius,” chapter 69 of Dialogue with Trypho.

March 6, 2013
Separating Fact From Fiction: How Does Christianity Fare?
Next Post