Religion is to Science as Homeopathy is to Medicine

Religion is to Science as Homeopathy is to Medicine March 20, 2013 Bob Seidensticker 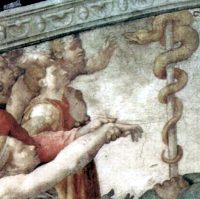 Religion in the West is mostly unregulated, like alternative medicine. Both make bold claims without evidence of efficacy. For both, it’s buyer beware. I cringe at the thought of gullible people throwing their money at stuff with bogus claims—homeopathy, magnetic bracelets, detox foot pads, aromatherapy, chelation therapy, colloidal minerals, iridology, … and religion.

Christians are on the same page when they shake their heads at Scientology, whose story amounts to little more than a $100,000 sci-fi novel metered out in installments, or Heaven’s Gate, the cult whose members killed themselves to get to an alien spacecraft.

Traditional Christians are skeptical of the historical claims of the LDS church. Joseph Smith translated “golden plates” by using a magic rock, you say? Show us the plates.

Ditto for Sathya Sai Baba, who had millions of followers and died in 2011. He was an avatar (deity on earth) and performed many miracles, including curing himself of paralysis from a stroke and raising people from the dead. Christians wonder, have scientists corroborated these claims?

They’ll shake their heads at Steve Jobs, who attempted to cure his (very treatable) cancer with alternative medicine. He realized his mistake only when it was too late.

But they stop laughing when the topic turns to Jesus.

The healing miracles of Jesus

1. Evil spirits cause disease. In the exorcism of the Gerasene demoniac, Jesus expelled many demons from a man into 2000 pigs, which ran into a lake and drowned. Demons cause crippling as well (Luke 13:10–13). We learn that knowing precisely how to expel the various kinds of demons is an art (Mark 9:25). And getting rid of an “impure spirit” doesn’t help because it’ll just find a bunch of its friends and turn the newly cleansed person into a drunken fraternity party (Luke 11:24–6).

2. Sickness can come from sin. Jesus healed a disabled man but warned him,

3. Magical healings. Jesus healed a deaf mute by putting his fingers in the man’s ears and touched his own saliva to the man’s tongue (Mark 7:32–5). He healed a blind man by making mud with his spit and putting that on the man’s eyes. After he washed them, the man could see. (John 9:6–7).

4. Healings by Jesus touching. Jesus used touch to cure a leper, a person with a fever, and two blind men. He also raised the dead.

5. Healings by touching Jesus. A woman touched Jesus and was healed without Jesus doing anything, as if he was a medicine battery.

At once Jesus realized that power had gone out from him (Mark 5:30).

6. Healing at a distance. Jesus doesn’t even have to be there. He healed the centurion’s servant remotely.

So what have we learned? According to the gospel story, some illnesses are caused by sin, and others are caused by demons. Expelling demons is a waste of time, because they’ll just return with more demons. Jesus can cure with special techniques, he can cure just by a touch, he can cure by being touched, and he can cure at a distance without touching at all.

I don’t know what to make of this hodge-podge of techniques except to wonder why Jesus didn’t just put up his feet and heal thousands of worthy people remotely or eliminate diseases like cancer and smallpox.

Apologists may argue that Jesus didn’t cure much because he had no interest in doing so, and yet the gospels disagree. A crowd followed Jesus, and

Seeing a widow at the funeral of her only son, Luke says:

and then he raised her son. He heals people, at least in part, for the same reason a modern doctor does, because of compassion.

Alternative therapies give hope where science offers none, and Americans spent $27 billion on them in 1997. The same is true for religion, and Americans give $96 billion to religious organizations annually.

Some of the nutty claims can be put to the test. In a TED video (scroll to 2:20), magician James Randi swallows an entire bottle of sleeping pills. Not to worry—it’s homeopathic medicine, guaranteed to have no active ingredients.

Does Christianity have any more? The gospel stories of the healings of Jesus sound like a nutty infomercial rather than historical fact.

He’s the best physician
who knows the worthlessness of the most medicines.
— Benjamin Franklin

March 22, 2013 Contradictions in the Resurrection Account
Recent Comments
4 Comments | Leave a Comment
"likelier, atheists think that religion has good and bad effects on people and that the ..."
Bob Seidensticker The devastating Muslim test for Christianity
"Not to mention the irony that the amount most imagine goes to helping the needy ..."
MR Bad Atheist Arguments: “Christianity is Child ..."
"Haha! I'm not signed up for email notifications. The little notification button alerts me."
JMallett Bad Atheist Arguments: “Atheism Isn’t a ..."
"Dude says something on the internet and thinks this is somehow convincing. Does he assume ..."
MR Bad Atheist Arguments: “Atheism Isn’t a ..."
Browse Our Archives
get the latest from
Cross Examined
Sign up for our newsletter
POPULAR AT PATHEOS Nonreligious
1