Separating Fact From Fiction: How Does Christianity Fare? 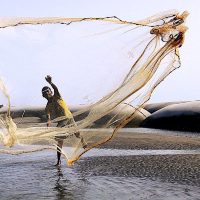 How do you separate fact from fiction? What procedure do you go through when confronted with a truth claim? This procedure should be practical rather than cumbersome, and it must be objective and fair rather than being biased toward a particular worldview. The goal should be finding the truth, not supporting a predefined conclusion.

I’ll go first. I only have two principles.

Let’s take this procedure for a test drive with 15 categories of claims. (As we go through these, see what your procedure would make of them.)

Mythical animals such as unicorns, fairies, and leprechauns: fiction. Science tells us that these don’t exist and that there is no precedent for the magical powers attributed to some of these animals.

Animal surprises like the coelacanth, gorilla, Komodo dragon, and okapi: fact. Conclusive evidence for these animals was discovered only in the twentieth century.

Cryptozoological claims such as the Loch Ness Monster, Yeti, and Bigfoot: fiction. Science says that the arguments for these animals are insufficient. However, since these are (typically) claimed to have no special powers, there is a chance that evidence simply hasn’t been found. Science has been surprised before by new animals.

Curious life forms like the giraffe, blue whale, bacteria, volcanic vent life, and carnivorous plants: fact. Science tells us that they exist, even if we haven’t seen any personally.

Mythology like the Iliad, Gilgamesh, and Beowulf: fiction. Myths are sacred narratives that explain some aspect of reality (for example, the myth of Prometheus explains why we have fire and the Genesis creation myth explains where everything came from). History notes many examples of supernatural tales like these for which there is no evidence.

Legends like Merlin, Lady Godiva, and the Choking Doberman urban legend: fiction. Though they can include miracles, legends are otherwise plausible events that (unlike myths) are grounded in history. History tells us that there is insufficient evidence.

History like Alexander the Great, Hannibal, and Julius Caesar: fact. These generals won some remarkable battles. Though supernatural stories arose around these men (not surprising in a pre-scientific culture), history rejects the supernatural elements.

Fiction like The Wizard of Oz and Harry Potter: fiction (obviously). Most are clearly labeled as fiction, though the label is occasional lost or ignored—Orson Welles’ Halloween, 1938 War of the Worlds radiocast is a famous example.

Individual claims of supernatural events like miracles, ghosts, and demonic possession: fiction. Though these are widespread and customized to each culture, history and science reject these for lack of evidence.

Individual claims of extraterrestrials like seeing a UFO or an alien encounters: fiction. Like claims for cryptids, these don’t rely on the supernatural, but science has insufficient evidence to conclude that they exist, particularly when other explanations (hoaxes, misidentification, etc.) are available. “But no one has debunked case X!” may be true but is hardly proof of an alien claim.

Pseudoscience like ESP; telepathy; Ouija boards; Nostradamus, Edgar Cayce, and other predictors of the future; and speaking to the dead: fiction. Insufficient evidence.

Fringe medicine like homeopathy, crystals, and Kinoki foot pads: fiction. With the stakes so high, fringe medical claims are common, whether by charlatans or people who honestly think they’ve found a new cure. But when alternative medicine provides the evidence that it works, it’s simply called “medicine.”

Science like black holes, undersea volcanoes, planets around distant stars, quantum physics, and the Big Bang: fact. Science has a remarkable track record, though, as stated above, its claims are provisional.

Conspiracy theories like the moon hoax or 9/11 as an inside job: fiction. Some conspiracies are accurate history, but many, like these examples, do not have the evidence.

Books from the other guy’s religion like Hinduism, Buddhism, Scientology, Christian Science, and Mormonism: fiction. Historians discard the supernatural. That supernatural claims were made is often history, of course, but not that the claims are accurate.

That’s 15 categories, some of which are fact and some fiction. What are your criteria for separating fact from fiction, and what do they make of these examples?

The challenge for the Christian is to have an objective list with no “except for my religion” caveats. When Christians throw their net of truth into the water, a winnowing procedure that’s fine-meshed will pull up Christianity but also a lot of other religions. A procedure that’s coarser (like mine) will reject all religions.

What objective procedure can Christians have that will show Christianity as the only valid religion? I can imagine none.

Very few established institutions, governments and constitutions …
are ever destroyed by their enemies
until they have been corrupted and weakened
by their friends.
— Walter Lippman