A Critique of 1 Corinthians 15 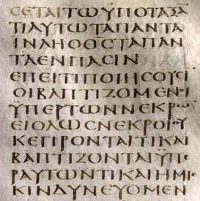 Let’s see if the story holds up. Here’s the section that many Christians point to:

Claims about the dating of this important passage are all over the map. Some argue that it actually precedes Paul’s writing. They say that it appears to be in a different style, as if it were a creedal statement (like the modern Apostle’s Creed) that would have been recited by believers. That is, though Paul wrote this epistle 25 years after the crucifixion, it had been an oral creed since as early as a few years after Jesus’ death. They cite this as evidence that belief in the resurrection was years earlier than Paul’s writing.

But if it’s a creed, it’s not evidence. A creed is a faith statement—a statement of what people believe. It even sounds like one. There is no mention of time or location, like a police report or newspaper article would have, and “Christ died for our sins” isn’t an observation, it’s a faith statement.

Others propose a very different interpretation: that the different style suggests that it was added to copies decades after Paul’s writing. The gap from the creation of this epistle to our oldest copy is about 150 years. That’s a lot of opportunity for hanky-panky as scribes copied and recopied the letter, especially during the early turbulent years of the new religion of Christianity. We can’t know for certain what the original said.

Though an important bit of history, this chapter may not be as compelling as believers think.

Acknowledgements: I’ve gotten some of these points from The Atheist’s Bible Companion to the New Testament by Mike Davis, Nailed by David Fitzgerald, and one particular sharp-eyed commenter. 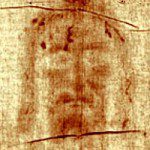 April 10, 2013 500 Eyewitnesses to the Risen Christ? Not Likely.
Recent Comments
0 | Leave a Comment
Browse Our Archives
get the latest updates from
Cross Examined
and the Patheos
Nonreligious
Channel
POPULAR AT PATHEOS Nonreligious
1