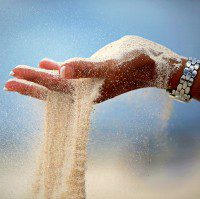 Brethren, I will speak today on the gospel of John, the sixteenth chapter, verse 24. Jesus said, “Ask and you will receive.” As the National Day of Prayer approaches, this verse is both relevant and unambiguous.

Apologists like to water down this verse and many others like it to say that they doesn’t mean what they obviously mean, so let’s be sure we have this right. Here it is in context.

Then Jesus’s disciples said, ‘Now you are speaking clearly and without figures of speech” (:29).

Clearly, we are given no choice but to consider it at face value. “Ask and you will receive”—okay, got it.

The National Day of Prayer task force (“Transforming our Nation Through Prayer!”) is eager to harness this power. It says

We have an unprecedented opportunity to see the Lord’s healing and renewing power made manifest as we call on citizens to humbly come before His throne.

Is this just feel-good handwaving, or are you making specific, testable predictions?

Our theme for 2013 is Pray for America, emphasizing the need for individuals, corporately and individually, to place their faith in the unfailing character of their Creator, who is sovereign over all governments, authorities, and men.

Not in the U.S., pal. Religion operates as it does because, and only because, it is permitted to by the Constitution. You can pretend to elevate your deity above government, but let’s be clear about what document actually governs this country.

This year’s national prayer seems to push all the right buttons. There’s some thanksgiving and praise, there’s some confession and contrition. But, as Jesus recommends, it also asks.

Lord, we need Your help in America. In recent days, we have done our best to remove Your Word and Your counsel from our courtrooms, classrooms and culture. … Lord, You have not forgotten us! You can bless and help and revive our country again.

Just because it’s alliterative doesn’t make it profound. The Constitution prohibits Christianity in government buildings such as courtrooms and classrooms. That’s the way it’s been since ratification 224 years ago—deal with it. But its First Amendment makes Christianity (and other religions) welcome in culture.

In America, the buck stops with the Constitution, not the Bible. Why is this hard to understand? It’s simply unpatriotic to push society in a way prohibited by the Constitution (more here and here).

What does the task force imagine will happen (besides strengthening their brand, I mean)? Let me admit that there may be a benefit to the person praying. Prayer can be beneficial in the same way that meditation can. But when you’re praying for someone else, that’s not the point. The idea behind person A praying for person B isn’t for person A to feel better, it’s for something specific to happen to person B!

No outcome will make this imaginary doctor reconsider the treatment. Reality is redefined so that the doctor is immune to evidence that shakes his preconception that the cure works.

If the roles were reversed and it was Christians critiquing the supernatural claim of someone else’s religion, I imagine they’d be as skeptical as me. The simple explanation is that there is no God to answer (or not) your prayers. Prayer is simply talking to yourself. There’s no one on the other end of the phone. (More on prayer here and here.)

I’ll close with the wisdom of Mr. Deity:

Mr. Deity: Prayer is not for me, okay? I mean, I like it and everything, I think it’s sweet that people think of me, but I’ve got a plan, and I’m staying the course. But it’s great for them, it gets them focused on what’s important, it’s meditative, I hear it does wonders for the blood pressure. Plus it’s a chance to connect to me. How’s that not going to be good? You should know.

Jesus: Oh yeah, yeah. So what you’re saying here, sir, is that you never answer any prayers?

Thus endeth the lesson for today.

Give a man a fish, and you’ll feed him for a day;
give him a religion, and he’ll starve to death while praying for a fish.
— Anonymous

May 2, 2013 National Day of Actually DOING Something
Recent Comments
160 Comments | Leave a Comment
Browse Our Archives
get the latest from
Nonreligious
Sign up for our newsletter
POPULAR AT PATHEOS Nonreligious
1