National Day of Actually DOING Something

National Day of Actually DOING Something May 2, 2013 Bob Seidensticker 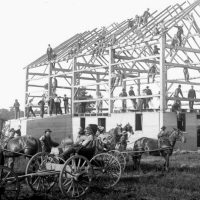 The president issued the obligatory proclamation today: “Americans have long turned to prayer both in times of joy and times of sorrow. … Prayer brings communities together and can be a wellspring of strength and support” and blah, blah, blah.

We’ve had a National Day of Prayer since 1952. What good has it done? In 1952, the world had 50 million cases of smallpox each year. Today, zero. Guinea worm and polio should soon follow. Computers? Cell phones? GPS? The internet? Science delivers, not God.

I understand how the National Day of Prayer helps politicians suck up to Christians. But how it coexists with the First Amendment (“Congress shall make no law respecting an establishment of religion”), I can’t imagine.

My own departure from Christianity was pretty gentle, and I learned a lot from the painful road taken by Julia Sweeney (creator of “Letting Go of God”). As she gradually fell away from first Catholicism, then Christianity, and finally religion, she realized with a shock how ineffective prayer had been. Prayer lets you imagine that you’re doing something when you’re actually doing absolutely nothing. All that prayer that had helped her feel like she was helping people—whether the person on hard times down the street or the city devastated by natural disaster around the world—had been worthless.

In fact, not only does prayer do nothing in cases like this, but it is actually harmful. The pain that people naturally feel when they hear of disaster—that emotion that could be the motivator for action—is drained away by prayer. Why bother doing something yourself when God is so much more capable?

Prayer becomes an abdication of responsibility, and atheism can open the doors to action.

Where help actually comes from

Sweeney’s conclusion: if you want to help the victims of the tsunami in Haiti (or whatever the latest disaster is), you need to do something since God clearly isn’t doing anything. Contribute to a charity that will help, or demand that the federal government spend more to help and demand the tax increase to pay for it. If it’s a sick friend, Jesus isn’t going to take them soup and cheer them up … but you can.

Prayer doesn’t “work” like other things work. Electricity works. An antibiotic works. Prayer doesn’t. As the bumper sticker says, Nothing Fails Like Prayer.

Even televangelists make clear that prayer is useless. Their shows are just long infomercials that end with a direct appeal in two parts: please pray for us, and send lots and lots of cash. But what possible value could my $20 provide compared to what the almighty Creator of the universe could do?

Televangelists’ appeals for money make clear that they know what I know: that praying is like waiting for the Great Pumpkin. People can reliably deliver money, but prayer doesn’t deliver anything.

Doing something makes you feel good, just like prayer, but it actually delivers the results.

(This is a modified version of an article originally posted 5/3/12.)