Predictions for the End of the World

Predictions for the End of the World May 27, 2013 Bob Seidensticker

I’m still elated that we dodged an end-times bullet last week. The earth should be a smoking cinder by now, at least according to a couple of prophecies, but God stayed his savage hand. Or maybe he doesn’t exist at all, and these end-times predictions are all nonsense.

The much-edited parchment above shows just some of the Christian end-times predictions that have come and gone in the last 2000 years, and it’s already out of date.

At the top, it takes us back to the mother of all failed predictions:

Apologists will argue that the prediction actually did come true because seeing “the kingdom of God” turns out to be not as big a deal as you might imagine. It’s the destruction of the Temple, for example, or it’s some sort of new age. But if that prediction was fulfilled, where is the prediction of the second coming of Jesus? A single prediction can’t be both fulfilled in the first century and also unfulfilled by an any-day-now second coming.

More to the point, it’s harder to handwave away the stars falling from the sky and the other cosmic calamities (Mark 13:24–31) and the comparison of the end times with Noah’s flood, where the unworthy are swept away unexpectedly and the master “will cut [them] to pieces and assign [them] a place with the hypocrites, where there will be weeping and gnashing of teeth” (Matt. 24:36–51).

It’s been close to 2000 years since those “standing here” reportedly heard those words. Whoops!

Faith is just gullibility dressed up in its Sunday best.
— machineintelligence

The artwork above was created by the talented Kyle Hepworth, who also did the cover of my Cross Examined. 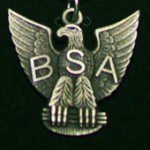 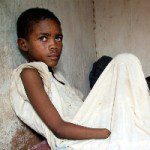 May 29, 2013 Why We Disagree on Moral Issues
Recent Comments
54 Comments | Leave a Comment
"I now have this mental image of a posse of cardinals & televangelists busily working ..."
HematitePersuasion Christians who just don’t get it
"I don't trust any of that.Based on your knowledge of general relativity, I presume. Now, ..."
epeeist Is God the good guy or ..."
"If memory serves, Geisler demanded that he "repent."Yipes. I wonder if torture was threatened, too."
Bob Seidensticker The Bible defeats its own Resurrection ..."
"there are accidental biological variations causing some people to want children more than other peopleNiger ..."
Bob Seidensticker Being on the Wrong Side of ..."
Browse Our Archives
get the latest updates from
Cross Examined
and the Patheos
Nonreligious
Channel
POPULAR AT PATHEOS Nonreligious
1