The Childish Faith of John Lennox

The Childish Faith of John Lennox May 15, 2013 Bob Seidensticker 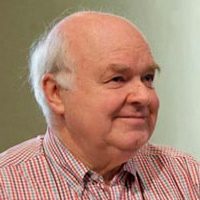 Childish? Childlike? You tell me.

I’ll admit to being a bit awed by an Oxford mathematics professor weighing in on Christianity. John Lennox makes a good impression. He’s a clean-shaven Irish Santa Claus with three doctorates. A nice guy with a formidable intellect and much practice as a public speaker—that’s an impressive package.

I heard him speak in Seattle a couple of years ago. Unfortunately, I wasn’t much impressed then … but perhaps I missed something. I recently listened to an hour-long interview, mostly on the Problem of Evil, which only solidified my unfavorable opinion.

I summarize his argument in bold below. Let me encourage both Christian and atheist readers to pause with each salvo to see what they think. Is the Christian point a strong one? What is the best atheist response? Is there something missing from either side here?

Atheists whine about the Crusades and the Inquisition, but why don’t they take seriously the violence and harm caused by atheist regimes like those of Stalin and Mao?

Atheism was central to the Soviet Union’s policy. After all, Marx said that religion was the opium of the people.

Sure, atheism was central. Churches had to be shut down because they competed for power. Atheism was simply a consequence of the dictatorship; Stalin didn’t do damage in the name of atheism.

As for “religion is the opium of the people,” that was a compliment! Opium is medicine, remember? Here is Marx in context:

Religion is the sigh of the oppressed creature, the heart of a heartless world, and the soul of soulless conditions. It is the opium of the people.

Marx wasn’t saying that religion dulled the senses of people; rather, he was saying that in a society with terrible conditions, it provides solace. His complaint was simply that religion could do no more than address a symptom, leaving the underlying problem untouched.

Atheists complain about the evil that God allows, but by what standard do they judge something as evil? If there is no god, good and evil are just a matter of opinion. There’s no rational justification for moral concepts if you abolish God.

We all believe in absolute values; we all acknowledge a standard outside ourselves. Atheists prove this when they argue for right and wrong. For example, we all agree that baby torture is wrong.

We don’t have absolute values; we have shared values. That’s not surprising since we’re all the same species. We agree that baby torture is wrong because we have the same moral instinct.

Atheists can be moral, but they can’t justify morality.

The natural explanation explains what we see without relying on anything supernatural. Morality has an instinctive part (from evolution) and a social part (from society).

The instinctive part explains the certainty we have about fundamental moral rights and wrongs and explains why these are shared across societies. We even see elements of morality in other primates.

The social part changes with time and place. For example, slavery is obviously wrong in the West now, but it wasn’t a problem in centuries past. Some aspects of morality vary greatly by society—honor, for example.

Agreed. Neither can you. I keep hearing this confusion of shared morals with absolute morals. And I keep seeing no evidence for the remarkable claim that morality is grounded outside humans.

By rejecting God, in what sense has the atheist solved the Problem of Evil?

Do you not know what the Problem of Evil is? It asks: How can an all-good God allow evil? Drop the idea of a god, and the problem vanishes. Completely.

But evil and pain haven’t gone away.

Yes, that’s true. You’ve got a fundamental contradiction with the Problem of Evil that attacks the very foundation of your religion, but from an atheist standpoint, there is no problem.

Note that you’ve also gotten rid of all hope.

How childish are you? You care about solace but not truth? I don’t know about you, but I’m looking for the truth. The pleasantness of a doctrine doesn’t change how I evaluate its truth. “The simple believe anything, but the prudent give thought to their steps” (Proverbs 14:15). Don’t we want to be prudent?

Sure, God could’ve made us so we wouldn’t do bad things, but we’d be robots without free will.

So you think God is a champion of free will? When victims of murder or rape have their free will violated, God doesn’t step in to do anything about it. Why then imagine that he’s deliberately not acting so that the free will of the criminal is allowed?

Is there free will in heaven? There must be if free will is so important. Then why isn’t heaven full of evil just like the earth is? Perhaps the beings in heaven are enlightened, and they know how to use free will properly. They would simply not be tempted to do bad things.

If this enlightenment is the instruction manual to make free will work, why didn’t God give it to us?

The universe we observe has
precisely the properties we should expect
if there is, at bottom,
no design, no purpose, no evil and no good,
nothing but blind, pitiless indifference.
— Richard Dawkins

May 16, 2013 The Childish Faith of John Lennox (2 of 2)
Recent Comments
329 Comments | Leave a Comment
"What if religion is a byproduct of human tendencies that evolved for other reasons?"
ORigel Stupid arguments Christians should avoid #43: ..."
"Elvis1 Anything by Ignorant Amos or Bob is worth reading, but I quickly found these ..."
Damezor Ray Comfort’s “The Atheist Delusion”: 64 ..."
"Oh dear, Greg. Recycling the failed excuses of the religionist apologists for the utter, total ..."
Rational observations? Bad atheist arguments: “History is unreliable”
"I think of stuff like this, and the violent civil war in Sri Lanka between ..."
Cynthia Stupid arguments Christians should avoid #43: ..."
Browse Our Archives
get the latest updates from
Cross Examined
and the Patheos
Nonreligious
Channel
POPULAR AT PATHEOS Nonreligious
1