Illogic of the Garden of Eden Story (2 of 2) 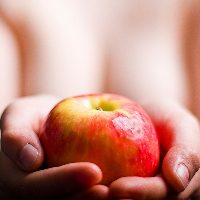 Let’s look closer at the details of the Garden of Eden story (part 1 is here). As history—or even a coherent story—it doesn’t stand up.

At this point in the Bible, Jesus wasn’t even a twinkle in God’s eye, but it is worth noting that while Jesus provides forgiveness of one’s sins, Christians are still punished for Eve’s sin.

Apologists respond that this instead means that they will die eventually, that this introduced physical death and they would no longer be immortal. But the text makes clear that they never were immortal. They were driven from the Garden so they wouldn’t eat from the Tree of Life. That’s what makes you immortal.

Apologists try again: they say that “die” meant spiritual death. First off, that’s not what the text says. Second, the animals were driven from the Garden as well, so there’s no reason to imagine that their death was any different than Man’s. If the animals’ death was physical and not spiritual, what’s to argue that Man’s is any different?

I’ll close with comments from Ricky Gervais, who imagined the snake having this to say in response to God’s punishment that he crawl on his belly for the rest of his life.

“But I already.… Oh no! Oh yeah, you’ve done me, yeah. No, we’re even now. I asked for that. Okay, cheers. Oh—how does this work again? Owww—I’m being punished. This is rubbish—I wish I could fly, like normal.”

And the Son of God died;
it is by all means to be believed, because it is absurd.
And He was buried, and rose again;
the fact is certain, because it is impossible.
— Tertullian