Religion in Public Schools: What Does the First Amendment Allow?

Religion in Public Schools: What Does the First Amendment Allow? June 19, 2013 Bob Seidensticker 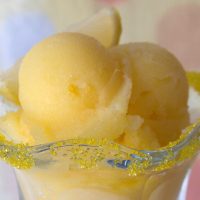 As a follow-up to my recent post about prayer in public schools, let’s look at what of religion is kosher in schools and what isn’t. As an authority, I’ve used Finding Common Ground: A Guide to Religious Liberty in Public Schools from the Freedom Forum, chapter four (“The Supreme Court, Religious Liberty and Public Education”). Thanks to a reader of this blog for the link.

For brevity, this summary must avoid the nuance and make some gray areas appear black and white, and it only focuses on religious freedom in schools. Remember also that this topic is in flux. It was only in 1940 that the U.S. Supreme Court concluded that religious free exercise should be included in the liberties granted to all citizens by the 14th Amendment (1868).

The First Amendment guarantee of religious liberty has two clauses.

Congress shall make no law respecting an establishment of religion

The Lemon test, from a 1971 Supreme Court case, tests this clause. A negative answer to any of the three questions below means that the law is unconstitutional.

1. Does the law have a bona fide secular or civic purpose? The purpose of schools is education, so if the only purpose for a school activity is to celebrate a religious holiday (for example), it’s unconstitutional. On the other hand, allowing students religious exemptions from attending sex-education classes is constitutional.

2. Is the law neutral? That is, does the primary effect neither advance nor inhibit religion? Allowing students to be released from school to attend religious instruction elsewhere is valid, but promoting such classes is not. Religious groups must be allowed to use school facilities like any other group. Allowing a church to use a school building does advance religion, but an equal-access policy wouldn’t have advancing religion as its primary effect.

Congress shall make no law … prohibiting the free exercise [of religion]

For this clause, the Sherbert test is applied. First, the student who claims that their Free Exercise rights were violated must meet both tests below.

1. The student’s actions must have been motivated by sincere religious belief. Religious beliefs are judged only by the student. From the standpoint of a teacher or any other observer, they don’t have to be popular, rational, or sensible; they only have to be sincere. For the purposes of this test, the belief system must “[function] like a religion in the life of the individual,” which would include secular humanism.

2. The student’s actions have been substantially burdened by the government. The focus is on substantial. Coercion would be substantial; incidental burdens would not be. Forbidding students from handing out religious tracts to classmates might be a substantial burden, but requiring that they do it at a reasonable time and place would not be.

If the student has a valid claim (both 1 and 2 are met), we move to on to see if the government has a compelling reason to impose that burden. The government will win its case if it meets both tests below.

4. The government must have pursued that interest in a manner least burdensome to religion. The school should burden a student’s religious beliefs as little as necessary. If a student objects to an assignment on religious grounds, the school might be required to find an alternative, though one student’s religion can’t determine the curriculum for the rest of the class.

These First Amendment clauses are not in tension

It’s wrong to see one clause favoring religion and the other opposed to it. According to Finding Common Ground, “Both clauses secure the rights of believers and nonbelievers alike to be free from government involvement in matters of conscience.”

If we are just a bunch of bitter old church people, grumpy at the world,
yelling at non-believers to get off our proverbial moral lawn,
that does not show forth light and preserve as salt.
— Ed Stetzer of Lifeway Research at 2013 SBC

June 21, 2013 Tribulations of Leaving Religion
Recent Comments
136 Comments | Leave a Comment
Browse Our Archives
get the latest from
Nonreligious
Sign up for our newsletter
POPULAR AT PATHEOS Nonreligious
1