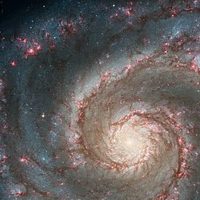 There are so many bad arguments for Christianity stated with so much ill-deserved confidence that I feel the need to slap down some of them. Frank Turek’s opening statement in a recent debate with American Atheist president David Silverman provides that opportunity.

The debate topic was “What Better Explains Reality, Theism or Atheism?” Turek’s opening argument for theism used the acronym CRIMES for his six main points. I’ll respond over several posts.

To shorten this discussion, I haven’t included any analysis of David Silverman’s remarks, but feel free to add in the comments anything that rounds out the discussion of Turek’s argument or Silverman’s rebuttal.

The C in CRIMES is Cosmos

Turek wants a beginning for the universe, so he likes the Big Bang. “I believe in the Big Bang,” he says. “I just know who banged it.”

And Turek believes in the Big Bang? Turek appears to be coming at science with a religious mindset. In religion, you can believe some things (the Trinity, Jesus died for our sins) and not believe in other things (reincarnation, Mohammed visited heaven on a winged horse). Some claims are contradictory, and you can’t believe them all. But in science, the consensus view about an issue is the best approximation to the truth that we have at the moment. These consensus views aren’t incompatible, so you can accept them all. Turek has no science degrees, and laymen like Turek and me have no choice but to accept the scientific consensus on all topics. (By what logic would we reject them?)

He quote mines famous scientists to make his points, and yet he has little respect for science. He picks and chooses the bits that he likes as if science were a salad bar. That cosmology looks nice, so I’ll have some of that. The theologically unpalatable bits like evolution he discards as if they’re wilted lettuce.

One of quotes he gives is from cosmologist Alexander Vilenkin. Here, Vilenkin refers to the Borde-Guth-Vilenkin theorem (2003):

With the proof now in place, cosmologists can no longer hide behind the possibility of a past-eternal universe. There is no escape, they have to face the problem of a cosmic beginning.

Yes! Let’s see the atheists wriggle out of that one. The universe had a beginning, which demands an explanation for the cause.

But the problem with quote mining is that you often miss the context. On the very … next … page we find Vilenkin saying this:

Theologians have often welcomed any evidence for the beginning of the universe, regarding it as evidence for the existence of God … So what do we make of a proof that the beginning is unavoidable? Is it a proof of the existence of God? This view would be far too simplistic. … The theorem that I proved with my colleagues does not give much of an advantage to the theologian over the scientist.

If Vilenkin’s work is compelling evidence, as Turek imagines, surely it is convincing to the originator himself. So then is Vilenkin a theist? I doubt it.

Read my critique of the remaining points in Turek’s argument:

Our science is not an illusion!
An illusion it would be to suppose
that what science cannot give we can get elsewhere.
— Sigmund Freud 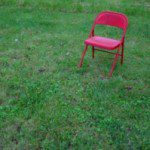