Avoid Christian Rationalization With This One Rule

Avoid Christian Rationalization With This One Rule August 26, 2013 Bob Seidensticker

But the Levitical laws have been dismissed by the sacrifice of Jesus. Kosher food laws, animal sacrifices, prohibitions against mixed fabrics and all that are gone. Why keep this one?

And so goes the argument, back and forth, getting nowhere.

If I may suggest a solution …

Bias enters science as well, and science has a response that we can use: the blinded scientific trial.

For example, the Templeton prayer study was a blinded trial. The people offering prayers didn’t know the patients they were praying for, and patients were divided into three categories: not prayed for, prayed for (but didn’t know it), and prayed for (and knew it).

Let’s extend the blinded trial into the area of everyday apologetic arguments.

Here’s how the blinded trial would work.

1. The Christian and atheist agree on the claim. In the case mentioned above, the claim might be, “The rejection of homosexuality in Leviticus is binding on the Christian today.”

2. The Christian proposes the rules for evaluating the evidence, defines terms (“objective,” for example), and defines the relevant evidence (the NIV version of the Old Testament, for example).

3. The rules are evaluated by the atheist for ambiguity and bias. A rule such as “but keep all the anti-gay stuff” would be an obvious example of a biased rule.

4. If the atheist isn’t satisfied with the proposed rules, he can offer them. It doesn’t matter who proposes the rules; it only matters that everyone agrees that the rules are clear and fair. If there is no agreement after several rounds, then the worldviews of these two antagonists may be so incompatible that discussion is pointless.

Submitting the issue to an actual person for evaluation could be as simple as finding a Hindu blogger or a leader in a local mosque and emailing the problem with the title, “Could you settle a bet for me?” Nevertheless, I see submitting the problem to an actual person for evaluation as mostly a thought experiment. Instead, I propose a different final step for most situations:

5′. The two antagonists work through the problem themselves. No, they’re not guaranteed to reach a common understanding, but simply going through this process with the agreed-to rules may clarify the issue so that a point of conflict dissolves away. Maybe the two parties didn’t realize that they were using a term differently, for example. Or maybe imagining the harsh light of an objective outsider on these questions erodes one party’s certainty.

This process is symmetric, and it could apply to an atheist claim as well as a Christian claim. Nevertheless, with the burden of proof typically on the Christian’s shoulders, the blinded trial would in practice be applied mostly to Christian claims.

If Christians want to just believe, that’s fine. But if they want to play in the arena of evidence, this is a way to ensure that everyone’s playing fair.

In adversity,
everything that surrounds you is a kind of medicine
that helps you refine your conduct,
yet you are unaware of it.
In pleasant situations,
you are faced with weapons that will tear you apart,
yet you do not realize it.
— Huanchu Daoren 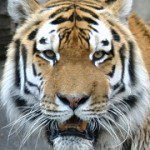