This is a continuation of a critique of Frank Turek’s arguments in favor of Christianity made during a recent debate. See the beginning of the discussion here. 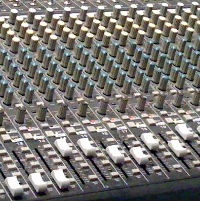 Fine tuning of the universe

Turek says that if the expansion rate from the Big Bang were different by 10–15, the universe would have either collapsed or never developed galaxies. What explains this fine tuning?

Good question. Why does the universe look fine tuned? This is a scientific question, not incontrovertible evidence of the hand of God. Replacing “Science doesn’t know” with “Well, if you don’t, I do—it was God” doesn’t help. Positing a god as the cause of the universe simply moves the question back one level: if we assume that a deity did it, where did it come from? We’ve resolved nothing. It is yet one more supernatural claim that science must push aside on its way to finding the truth.

Turek argues that we have two possibilities: (1) that our universe just got really lucky with its constants or (2) a supernatural being created it. He concludes: (1) is really improbable, so therefore (2). But what is the probability of (2)?? How can we compare these two options when we haven’t even analyzed one of them? He doesn’t even acknowledge the problem.

Of course, the in-your-face response to the fine tuning argument accepts that the universe is finely tuned but argues for a multiverse—uncountably many universes with varying cosmic constants, of which ours is just one. A very unlikely universe tweaked just so will pop up eventually if you have enough of them. In fact, Alexander Vilenkin, the cosmologist that Turek praised earlier, makes clear his view on the multiverse question in an article titled, “The Case for Parallel Universes: Why the multiverse, crazy as it sounds, is a solid scientific idea.”

(Does Turek still want to cite Vilenkin as a reliable source?)

Just to hit this a little harder, Jerry Coyne wrote a post subtitled with the very question that I had been asking: “Is the multiverse a Hail Mary pass by godless physicists?” No, the multiverse is not just a “well, it’s possible” gambit that atheists admit they have no evidence for but which they toss out simply to interfere with apologists. He quotes physicist Sean Carroll, who makes clear that the multiverse is a prediction made by other well-accepted theories. It wasn’t pulled out of a hat; it is a consequence of accepted physics.

Turek says, “If the universe had a beginning, it must’ve had a Beginner.” Does everything have a cause? When an electron comes out of a decaying nucleus or a photon comes out of an electron decaying to a lower energy level, what was the cause? Nothing. Quantum events (like the Big Bang presumably was) don’t necessarily need causes. “Everything has a cause” feels right, but common sense isn’t a reliable tool at the edge of science.

Turek falls back on an uncaused god, without evidence.

And even if we grant fine tuning, a supernatural agent creating the universe is just one of lots of explanations. Maybe our universe was created by powerful but limited aliens. We could be in the Matrix of a computer designed by an alien race. And so on. No need to imagine an unlimited god.

Unless there’s evidence, of course.

“In God We Trust.”
I don’t believe it would sound any better if it were true.
— Mark Twain

There’s a phrase we live by in America: “In God We Trust.”
It’s right there where Jesus would want it: on our money.
— Bill Maher