How Science Works (and How Christianity Thinks it Wins)

How Science Works (and How Christianity Thinks it Wins) August 16, 2013 Bob Seidensticker 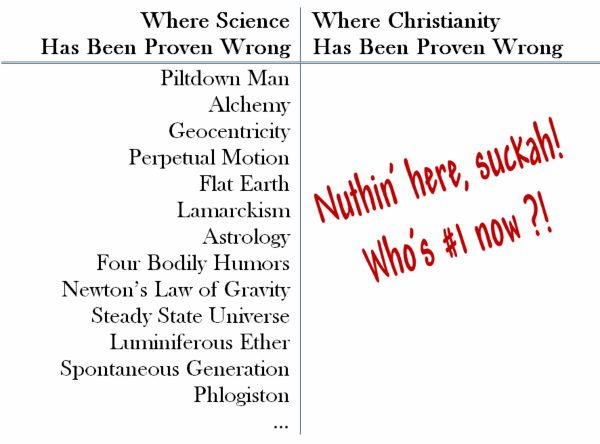 This argument was made at a Creationism conference that I attended several years ago: science isn’t trustworthy because every time you turn around, it’s changing its mind.

An early theory of the formation of the moon said that the fast-spinning early earth flung out the moon and that the big circular Pacific Ocean basin is where it came from. The question of origin of the moon has been an active area of research, and the flung-out-moon idea is just another discarded scientific theory—this was one of the areas of research that was lampooned at this conference.

The Creationist argues that when you turn from changeable Science to Christianity’s unchanging God and Bible, you have something solid that you can trust.

How does science change?

Science does change, but let’s notice that the size of any change tends to decrease for a single theory. When the door is flung open to a new field of inquiry—say by Leeuwenhoek’s discovery of single-celled organisms or Galileo’s use of the telescope—new theories based on insufficient evidence try to organize the chaos. One theory might quickly supersede another, but as theories become better at explaining more, changes becomes smaller. Here are some examples.

Christians eager to paint the Bible as an unchanging rock in a sea of chaos don’t seem to understand that they point to science’s strength. Science realizes that new discoveries may obsolete old theories, and every scientific statement is provisional. And, remarkably, science is self-correcting. It finds its own errors.

(This is a modified version of a post originally published 12/5/11.) 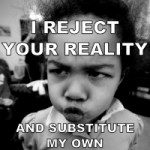 August 19, 2013 The ONE Bias That Cripples Every Christian Apologetic Argument
Recent Comments
176 Comments | Leave a Comment
"Even when you consider some of the absolute dreck that comes out of Hollywood these ..."
Cozmo the Magician The Bible defeats its own Resurrection ..."
"I'm waiting for the eyewitness accounts from the tomb guards and Lazarus."
JMallett The Bible defeats its own Resurrection ..."
"It is well-documented that police officers lie frequently."
Wacker von Wackenfels The Bible defeats its own Resurrection ..."
"There are a lot of squirrels in my *yard. Hmm....* The fact that there are ..."
JMallett Saving Haeckel: why “ontogeny recapitulates phylogeny” ..."
Browse Our Archives
get the latest updates from
Cross Examined
and the Patheos
Nonreligious
Channel
POPULAR AT PATHEOS Nonreligious
1