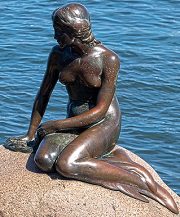 I like some of the parables in the New Testament. The parables of the Good Samaritan and the Prodigal Son, for example, give good examples of the right path and add to the moral vocabulary of civilization.

Lately, however, I’ve come across a few modern apologetic parables that fall far short of those in the Bible. Let me start with a tediously long story making a very small point. (I’ve abbreviated all the parables here. You’re welcome!)

“The Blind Faith of Atheism”

An atheist professor was harassing his Christian students about their God belief, so they challenge him to a debate. The arrogant professor agrees, thinking he could shut down this God thing once and for all.

The atheist’s opening remark likens God belief to Santa Claus belief. We give up one when we grow up; why not both?

The Christian pushes his point and gets the atheist, now meek and whiney, to admit that the claim “There is no God” is indefensible and that the atheist’s claim is actually a faith position. A little more back and forth, and the atheist slinks away, publicly humiliated.

This is rather like the Chick tract in which the nasty Biology professor gets shredded and then converted by a calm and polite Christian. 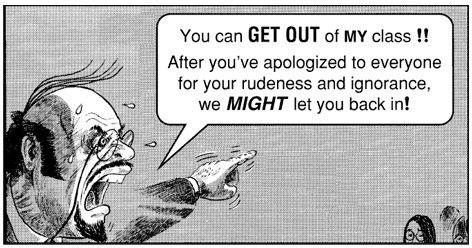 So the moral is: don’t say, “God absolutely, for sure doesn’t exist.” Got it. I never have.

In the first place, very few atheists are certain that there is no God. They would say instead that they have no God belief, just like the Christian has no Poseidon belief. We follow the evidence and say that the evidence points more to not-God than God.

Second, “there is no God” is a faith position just like “there are no unicorns” is—that is, not at all. Could unicorns exist? It’s possible, but the evidence strongly argues that they don’t. We don’t have faith that unicorns don’t exist; we trust that they don’t because we have evidence that they don’t. In the same way, belief in God is a faith position, but following the facts where they point (and tentatively concluding that God is in the same bin as Zeus, Shiva, and the other gods from history) is a trust position.

“A Man and His Barber”

As the barber trims a customer’s hair, he says that he doesn’t believe in God. He points to the problem of evil—why would there be so much pain and suffering in the world if God existed?

Wanting to avoid antagonizing the man who had his coiffure in his hands, the Christian customer doesn’t engage in the argument, but after leaving the shop, he sees a man with a scruffy beard and long unkempt hair. He returns to the barber shop and says, “I just realized something—barbers don’t exist either.”

“But I just cut your hair!” the barber replies.

“If barbers existed, there would be no one with long hair, like the man I just saw.”

“Exactly!” the Christian replies. “And we can’t blame God if we don’t go to him. He exists; the problem with pain and suffering is that people don’t seek God.”

Finally, a well-made video from the Macedonian Ministry of Education and Science.

The video opens with a schoolboy running into school. The time period looks to be about 1900.

The teacher at the front of the room speaks in German, with English subtitles. He declares that if God exists then he is evil. If he created everything, then he created evil, right?

Our schoolboy protagonist stands to challenge this. “Professor, does cold exist?”

“Of course it does.”

“No, sir, cold doesn’t exist. Heat exists, and cold is merely the absence of heat. Professor, does darkness exist?”

“No, sir. Darkness doesn’t exist. It is merely the absence of light. In the same way, evil doesn’t exist. Evil is the result of what happens when man does not have God’s love in his heart.”

At the end, we see the name of this precocious schoolboy: Albert Einstein. We’re left with the tagline: “Religion is knowledge too. Bring religion back to school.”

With a tagline like that on a government video, I guess there’s not much separation of church and state here. And a Macedonian ministry puts together a German video with English subtitles? Why not Macedonian subtitles? What possible goal of theirs could this serve?

Putting aside this mystery, this isn’t an honest portrayal of Einstein’s religious beliefs, at least not in his later life.

And the professor knew his Bible better than little Albert. God did indeed create evil.

I form the light and create darkness, I bring prosperity and create disaster; I, the LORD, do all these things. (Isaiah 45:7)

Is it not from the mouth of the Most High that both calamities and good things come? (Lamentations 3:38)

We can quibble about whether evil is something or the absence of something, but the final statement, that evil is the result of not having God’s love, is simply an assertion without evidence. Unconvincing.

Is it me, or have Christian parables gone downhill?

If people are good
only because they fear punishment,
and hope for reward,
then we are a sorry lot indeed.
— Albert Einstein

(This is a modified version of a post originally published 12/2/11.)