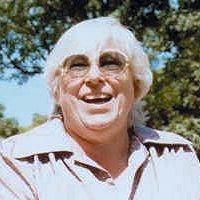 I recently summarized the conflagration caused by an atheist monument on public property in Starke, Florida. It was recently installed in response to a six-ton Ten Commandments monument on the same property. Only after protest did the county on whose land it sat allow monuments with other viewpoints.

The article critical of the new monument, which I analyzed last time, critiques the text written on its four sides. Let’s take a look at the criticism. On the front side of the monument is this:

This is by Madalyn Murray O’Hair, founder of American Atheists. It is part of her opening statement before the U.S. Supreme Court in a case that concluded in 1963 that Bible reading in public school was unconstitutional.

The problem with this well-known quote is—to be blunt—that it displays to everyone … the total ignorance of O’Hair. Ignorance embedded in granite for all to see.

Take that first line about hospitals. Wiker says, “The truth is that if there had not been churches, there would never have been hospitals.”

Never? Nonsense. But let me emphasize that to the extent that Christianity built churches for altruistic (rather than marketing) reasons, that’s terrific. Good works by the church says nothing about the truth of the supernatural beliefs on which it is built or problems caused by the church, of course, but I’m happy to acknowledge any social good that happened due to those beliefs.

Nevertheless, the history of Christianity and science is, at best, checkered. Modern understanding and treatment of disease is in spite of, not because of, the work of the church. For example, a president of Yale University rejected smallpox vaccination because it interfered with God’s design. The same could be said of any medical treatment—if God didn’t want that person to have a broken leg or yellow fever or an infection, he wouldn’t have caused it to happen. Even today, various Christian denominations stand in the way of in vitro fertilization and some kinds of stem cell research.

Back to Wiker celebrating how Christians want to do good for other people. Feeding the hungry, clothing the naked, caring for the sick—that’s terrific stuff. I imagine then that he’d be delighted if society at large realized this and took care of its least fortunate.

On to the second line, “An atheist believes that deed must be done instead of prayer said.” Wiker says that the Christian wants the prayer said and the deed done. He points to the Parable of the Sheep and the Goats (Matt. 25:31–46), in which Jesus makes clear that only those who do good works will enter the Kingdom of God.

Yes, let’s look at this parable. Nothing is said about faith. You get into heaven by caring for others. That’s it. I like that attitude, though doesn’t this undercut the Protestant position?

This reminds me of an insight from Julia Sweeney. She said that as a serious Christian, she took disasters in distant countries seriously. And she did something about it: she prayed.

The third line says, “An atheist strives for involvement in life and not escape into death.” Wiker went off on a tangent about euthanasia, which I think is a misunderstanding. My interpretation of the line is that we know we have one life, the one here on earth. Let’s participate energetically and enthusiastically in this life rather than yearn without evidence for an eternity in an imaginary paradise.

And the final line: “[The atheist] wants disease conquered, poverty vanished, war eliminated.” Wiker bristles at the idea that a Christian wouldn’t have the same goals.

Where Christianity has been an asset, again I celebrate that, but it hasn’t always been an altruistic force for good.

Before an atheist can point to religious wars, he’s quick to point to 20th-century atheists who were behind the deaths of millions. The problem is, of course, that the atheism wasn’t behind any of the deaths (more here).

Wiker said that this brief quote “displays to everyone … the total ignorance of [Madalyn Murray] O’Hair.” In fact, O’Hair’s words have much of the permanence of the stone in which they were carved. Wiker’s whining is as effective as a rainstorm at erasing them.

If this is going to be a Christian nation
that doesn’t help the poor,
either we have to pretend that Jesus
was just as selfish as we are,
or we’ve got to acknowledge
that he commanded us to love the poor
and serve the needy without condition

and then admit that we just don’t want to do it.
— Stephen Colbert