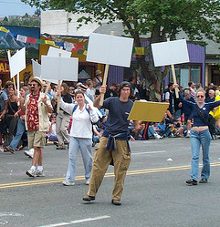 My primary argument about abortion is that there’s a spectrum from a single cell (not a person) to a newborn baby (a person). My summary of the spectrum argument is here. This is in response to pro-life advocates who deny this spectrum to argue that we have a “baby” from newborn all the way back to that single cell.

I’d like to make five arguments in favor of my position, but since emotion plays such a strong part of the discussion, I’ll set aside intellectual arguments and focus instead on emotional ones.

Suppose a building were on fire, and you could save either a five-year-old child or ten frozen embryos. Which would you pick?

Of course, everyone would save the child.

But now imagine the same situation two years later. The ten embryos have become one-year-old babies and the child is now seven years old. Which would you save? Obviously, the ten babies.

As an aside, note that the decision in the second instance is much tougher. In the first, we lost ten insensate embryos, but in the second, it’s a child. No one equates a newborn or a child with an invisible clump of cells.

Anti-abortionists focus on the horror of a late-term abortion. Did you ever wonder why they don’t focus instead on a woman swallowing a Plan B (emergency contraceptive) pill? Or a drug-induced abortion (the most common procedure for first-trimester abortions)? Imagine anti-abortion activists carrying signs, not with a photo of an eight-month-old fetus but with life-size drawings of a 100-cell human blastocyst. The signs would appear blank.

By choosing as they do, they admit that all procedures are not equal and that there is a spectrum. Their story is more powerful the older the fetus is. A blastocyst is very unlike a person, but an 8-month-old fetus is very much like a person.

Which would be more horrible to watch: a woman swallowing a pill of Plan B or a cow going through a slaughterhouse? The cow can experience fear and pain, while the single cell can experience neither. The cell’s claim to superiority is only its potential to be a person.

There’s a big difference from what is and what might be. A blastocyst has impressive potential but has vastly fewer cells than the brain of a fly. The only trait it shares with a person is its DNA, a vague and abstract commonality.

And there’s no guarantee that our imagined cell will develop properly during pregnancy. A single cell might become a human baby or not, just like betting $1000 on black at the roulette table might win or not. With half of all pregnancies ending in spontaneous (natural) abortion, the odds for each are about the same.

Imagine that in ten years we’re able to clone a human from a single skin cell. Would you never scratch your skin to avoid killing a potential human being, like the Jain who wears mesh over his face to avoid accidentally breathing in a flying insect? And if not—if “potential human being” is very different in your mind from “actual human being”—then why not see that same difference between a single cell and a newborn baby?

If a blastocyst is a person, would you give up your life for it? You might risk your life to save a stranger, but is the same true for a stranger’s blastocyst?

Let me make clear that I’m simply arguing for the existence of a spectrum. We can agree on this and still disagree on when the okay/not-okay line is for abortion. The status quo seems to resolve this appropriately: society decides on the upper bounds and, before that date, allows girls and women to choose.

Show me why a single fertilized human egg cell is equivalent to a trillion-cell newborn. The newborn has arms and legs, fingers and toes, eyes and ears, a brain and a nervous system, a stomach and a digestive system, a heart and a circulatory system, and so on. The cell has … none of these.

These are not equivalent in any important biological sense; why should they be equivalent morally?

Nothing in the world is more dangerous
than sincere ignorance and conscientious stupidity.
— Martin Luther King, Jr.

(This is a modified version of a post originally published 1/6/12.)

September 23, 2013 Jesus and Vampires and Werewolves and Time Travel
Recent Comments
316 Comments | Leave a Comment
"This is the prophecy in Daniel 9....All of those dates converge on 26-27 A.D. That ..."
Ignorant Amos Bible Prophecies: Fulfilled or Failed?
"Read this slowly. The presentation is hard to comprehend as to who is saying what? ..."
Ignorant Amos Bible Prophecies: a Miracle Victory and ..."
"That's certainly Scotland as I remember it, overcast with an approaching storm.You did notice the ..."
epeeist 8 Tests for Accurate Prophecy and ..."
"The best/worst part is, the resemblance with Palpatine is more than skin deep. If they ..."
Zaqqum 8 Tests for Accurate Prophecy and ..."
Browse Our Archives
get the latest from
Cross Examined
Sign up for our newsletter
POPULAR AT PATHEOS Nonreligious
1