“God Did It” Explains Everything … or Maybe Not

“God Did It” Explains Everything … or Maybe Not September 2, 2013 Bob Seidensticker

Apologist Greg Koukl is the gift that keeps on giving. In his “Is Consciousness an Illusion?” podcast, he talked about Daniel Dennett’s 2006 book Breaking the Spell.

Let me first seize the opportunity to agree with something. Koukl says, “Reality is the kind of thing … that will injure you if you don’t take it seriously.” It’s good to see us sharing the goal of seeing reality clearly.

But we don’t agree on everything. Koukl said:

[Dennett has] made a claim in this book about something that is very, very difficult for a materialist to deal with that makes sense completely within a Christian worldview.

The “something” is consciousness. So Koukl says that the scientist has a tough time explaining consciousness, but it’s easy for the Christian.

But what trips me up here is the idea that the Christian worldview adds to the discussion. How does God explain anything?

Let me make clear that I can never prove that God didn’t do something. For example, let’s consider a few claims about God by Pat Robertson. He said that God is “lifting His protection from this nation” to allow terrorist attacks (2001). And that Hurricane Katrina might be God’s doing (2005). And that the people of Haiti made a pact with the devil, in response to which God allowed the earthquake that killed 300,000 (2010). These are assertions without evidence (and, in the case of Haiti in particular, of much contrary evidence), but I can’t prove that “God did it” is false.

The uselessness of the Christian’s ultimate explanation

The fact is, “God did it” can explain everything. As a result, it explains nothing.

“God did it” is simply a repackaging of “I don’t know.” It tells us nothing new. I’m no smarter after hearing “God did it” than before. It tamps down one set of questions, but others pop up: Who is God and how does he act in the world? Is he one of the thousands of gods that humans have already formed religions around or someone new? Why did God do what he did? What natural laws did God use to do it, and what laws did he suspend? How can we communicate with him? And, most importantly: how do we know that there was a supernatural cause and not a natural one?

The Christian must ask: What would falsify my position? If it’s unattainable or if you’ve so protected your belief that nothing could perturb it, you’ve left the domain of evidence. When your God belief is supported no matter what happens, be honest with yourself and admit that you just believe and drop the pretense that you’re following evidence or being scientific.

Contrast that with this observation from Marvin Minksy:

As scientists, we like to make our theories as delicate and fragile as possible. We like to arrange things so that if the slightest thing goes wrong, everything will collapse at once!

Not all claims are equal

Think about the size of various claims. The claim “1 + 1 = 2” is not controversial. The claim “I had a sandwich for lunch” is unsurprising, and thorough evidence could be provided to back it up. But the claim “There is a being that created the universe” is without scientific precedent—that is, science knows of no supernatural anything, let alone a being that could create the universe. I can think of no bolder claim than “God did it.” It’s baffling to me how apologists can toss out that immense claim and simply let it hang there, supported by nothing more than wishful thinking and tradition.

“God did it” doesn’t do it. It satisfies only those who want their preconceptions affirmed.

But let me take a step back for a moment. I’m treating this claim with the dignity due those that make testable pronouncements about reality. Perhaps that’s my mistake—if it’s simply a theological claim divorced from reality, fine. In that case, it’s a claim to be taken simply on faith, with no pretense of evidence or verifiability, and I have no use for it.

Let me end with a song, “Tell Me Why” by Pat Benatar*, which nicely makes the “God did it” claim.

This Christian explanation is poetic, but for those of us who prefer to actually understand the world, Isaac Asimov has a new and improved refrain:

I’ll stick with the discipline with the track record for explaining reality.

The man who prays
is the one who thinks that god has arranged matters all wrong,
but who also thinks
that he can instruct god how to put them right.
― Christopher Hitchens 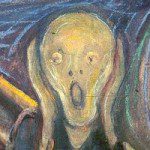 August 30, 2013
Understanding Morality—It’s Really Not that Hard
Next Post

September 4, 2013 Church/State Separation—Where Is the Line?
Recent Comments
345 Comments | Leave a Comment
"Like the letters that Hit Parader used to publish, purportedly from former new wave fans ..."
Carstonio Christians who just don’t get it
"If you need money, the church tells you to ask God for it. If the ..."
Greg G. Saving Haeckel: why “ontogeny recapitulates phylogeny” ..."
"Ha ha ha! What is mainstream science? You haven't a clue about how science works."
Greg G. Saving Haeckel: why “ontogeny recapitulates phylogeny” ..."
"It's so rickety that only incessant propaganda can keep it going.Make a prediction. Tell us ..."
Bob Seidensticker Saving Haeckel: why “ontogeny recapitulates phylogeny” ..."
Browse Our Archives
get the latest updates from
Cross Examined
and the Patheos
Nonreligious
Channel
POPULAR AT PATHEOS Nonreligious
1