Rebutting the “God is Simple” Argument 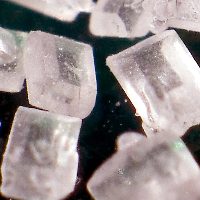 In The God Delusion, Richard Dawkins said, “God, or any intelligent, decision-making calculating agent, is complex, which is another way of saying improbable.”

Is God simple or complex?

Philosopher Alvin Plantinga argues that he is not complex:

Seriously? We’re consulting a 13th century scholar to understand modern cosmology? Modern science takes us to the Big Bang, and we need Thomas Aquinas to figure out the remaining riddles?

As a mind without a body, God is amazingly simple. Being immaterial, He has no physical parts. Therefore to postulate a pure Mind as the explanation of fine-tuning is the height of simplicity!

So anything that isn’t physical is simple? Sure—something that isn’t physical is maximally simple physically because it doesn’t exist physically. It has no gears or cams or levers. But that doesn’t help us with immaterial things, whatever they are. I don’t know what it means to be an immaterial mind, so I have no way of evaluating its complexity. Incredibly, neither apologist gives any evidence of the claim that God is simple. They seem to have no way of evaluating its complexity either and propose we just take their word for it.

Of course, science has shown that complex can come from simple. For example, we see this in the formation of snowflakes, in erosion, in weather, in chaos, or in evolution. From a handful of natural rules comes complexity—no intelligence required.

But we’re talking about something quite different—an intelligent creator. And in every creative instance we know of (the creation of a car, the creation of a bee hive, the creation of a bird’s nest), the creator is more complex than the creation. Plantinga’s God would be the most stupendous counterexample to the axiom that, in the case of designed things, simple comes from complex, and yet we’re supposed to take this claim on faith.

A resolution to the problem

But there’s a way to cut through all this. Is God as simple as Plantinga or Craig imagine? Then demonstrate this. Make us one. Humanity can make complex things like a microprocessor, the worldwide telephone system, and a 747, so making this “amazingly simple” thing shouldn’t be hard. Or, if we don’t have the materials, they can at least give us the blueprints.

But, of course, they will fail in this challenge and must admit that they have no clue how to build a god. In that case, how can they critique the simplicity of such a being? Now that their argument that God is simple has evaporated, we’re back where we started, and Dawkins’ argument stands: a complex God is improbable.

Why are we asked to pray after a disaster? Hasn’t god made it clear that he doesn’t give a f**k? — Frankie Boyle

(This is a modified version of a post originally published 1/2/12.)