20 Arguments Against Abortion, Rebutted (4 of 4)

This is the final part of a series of posts exploring pro-life arguments. Read Part 1 here.

I don’t. I find that pro-life advocates quickly turn the conversation to the definition of the OK/not-OK line for abortion, hoping to find something to criticize. I avoid this, both because it diverts attention from the spectrum argument—the main point I want to make—and because I have no opinion about the line and am happy to leave it up to the experts.

Legislatures make these kinds of distinctions all the time. In fact, in the hundreds of jurisdictions around the world where abortion is regulated, they already have.

17. Imagine a woman seeing an ultrasound of her unborn baby. Sometimes the hands and feet are visible, and the baby is sometimes sucking its thumb. Why aren’t such images shown to women considering abortions as part of informed consent?

Let’s consider this proposal only after adding conditions to make it practical.

This should be an option rather than part of a mandatory gauntlet forced on women considering abortion.

This should not be the first time the woman has seen this information. That is, public education should teach about the stages of fetal development as part of comprehensive sex education that would minimize the chances of her having this unwanted pregnancy in the first place.

The woman’s choices should be made available as soon as possible. Putting obstacles in her way—by closing down nearby clinics, encouraging pharmacists to refuse to offer morning-after pills, and so on—increases the age of the fetus she must consider aborting. If an abortion is to happen, let’s make it early so that the woman doesn’t see a fetus sucking its thumb.

18. But the fetus is innocent, and we always protect the innocent.

Some things are on a spectrum of innocent/guilt (adults, say), but other things are not (squirrels, rocks). The squirrel may have shorted out the transformer, and the rock may have been used to whack someone on the head, but neither the squirrel nor the rock were guilty of what we interpret as bad. But you wouldn’t call them innocent either; it makes no sense to say they were even on that spectrum. A fetus is also not on that innocent/guilty spectrum. It doesn’t have the capacity to be in that spectrum.

One commenter observed that it’s a moral decision either way. If you choose life, you condemn that baby to his life. That is, you force life upon it, and every life has suffering. This may not be an easy choice, but who’s in a better position than the mother-to-be to decide?

19. Let’s suppose that we’re doubtful that the unborn child is a human being with human rights. Given this uncertainty, shouldn’t we err on the side of the child?

A fetus is not a person. Play games with the name all you want (“The fetus is a Homo sapiens, ‘human being’ is simply a synonym, and if a fetus is a human being, it must have human rights!”), but there’s no ambiguity here. Despite your word games, a newborn baby is still not the same thing as a single cell. There is a spectrum.

Worse, you pretend that there is no downside—as if carrying a pregnancy to term was a “What the heck?” kind of thing. Bringing a baby into the world where it is unwanted or won’t be cared for properly is a gargantuan downside. It’d be refreshing to hear a pro-lifer say, “Okay, an abortion would be a smart thing from the standpoint of your education, career, life, family, finances, happiness, and so on. I’ll grant you that. But it’s still morally wrong.”

I could look at a cow and think “hamburger,” while you could look at it and think “pet.” These are two different bins that are valid from two different standpoints. Similarly, one woman could think “baby” and the other “a clump of cells that is standing in the way of my life dreams.” If you want to see it as a baby from day one, that’s fine, just don’t impose that view on the rest of the country. Illegal abortion means forced pregnancy.

This is a bit like Sharia law. Hey, if you want to constrain yourself with Sharia law, go ahead. Just don’t do it to the rest of us.

20. Have you seen the cartoon where the cancer patient shakes his fist at God for giving him cancer? God replies, “I sent someone to cure cancer, but your society aborted him.”

The Atheist Pig has some nice rebuttals. Let’s imagine God instead saying, “I sent someone to cure cancer … but she died after being denied an abortion despite her high-risk pregnancy.”

Or: “… but he died, having been denied appropriate medical care because his parents insisted that only prayer was the response to illness.”

Or: “… but he killed himself as a teenager after being relentlessly bullied by Christians for being gay.”

Or: “… but she lost interest in science because her public school watered it down to satisfy Christian extremists.”

Let’s not imagine that the Christian path is always the best path.

Abortion and the Christian worldview

Many Christians with whom I’ve discussed abortion have a naive desire to have their cake and eat it too—no abortion and no premarital sex. In a primitive society where kids got married upon sexual maturity, that happened by itself. But when maturity happens earlier because of better nutrition and marriage happens later because of more education and social customs, we have a gap of a decade or more where young adults are sexually mature but not married. Wishful thinking won’t get us safely across. (I defend premarital sex here.)

Christians often point to embarrassing aspects of society during Old Testament times such as slavery or polygamy and say that that was simply a different culture. They operated by different rules. Okay, let’s accept that logic. Just extend the list of “things that made sense back then but don’t now” to include an abstinence-only approach to premarital sex.

God does not regard the fetus as a soul,
no matter how far gestation has progressed.
The Law plainly exacts:
“If a man kills any human life he will be put to death” (Lev. 24:17).
But according to Exodus 21:22–24,
the destruction of the fetus is not a capital offense…
Clearly, then, in contrast to the mother,
the fetus is not reckoned as a soul.
— Bruce Waltke (Dallas Theological Seminary) source

Answer to the puzzle: the middle embryo is the human one (at 5 weeks). More here.

(This is a modified version of a post originally published 2/20/12.) 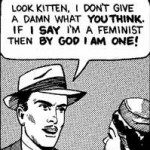 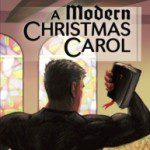 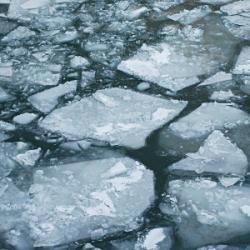 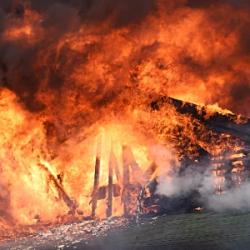