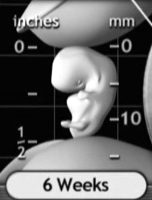 I’ve heard a lot of arguments against abortion. Here are many of them, with my rebuttals.

1. The Bible says that abortion is wrong.

For starters, in the U.S., our secular constitution trumps the Bible. “The Bible says so” is irrelevant when the First Amendment forbids government from enacting laws guided by religious dogma.

And, as I’ve argued before, the Bible doesn’t say that abortion is wrong. Indeed, God has no problem killing people, including children. The Bible demands that women suspected of adultery be given a poison that will miscarry any illegitimate fetus (Num. 5:16–29). Babies begin to count as persons only after they are a month old (Lev. 27:6 and Num. 3:15–16). In the sixteenth century, Pope Gregory XIII said that an embryo of less than 40 days was not yet human.

The heels-dug-in pro-life position within some Protestant churches is a new thing. A summary of a 1978 analysis of abortion shows a surprisingly pro-choice attitude. The names of pro-choice churches are a Who’s Who of American Protestantism: American Baptist Churches, American Lutheran Church, Disciples of Christ, Church of the Brethren, Episcopal Church, Lutheran Church in America, United Methodist Church, and United Presbyterian Church.

Maybe if politicians let Christians figure this out on their own, the pro-choice stand would be even more a majority position.

I apologize for piling on, but the Catholic Church’s loud voice demands a response. The Catholic priest pedophilia scandal was a moral test. The church’s cover-up—its focus on the well-being of the church over that of the flock—shows that it failed that test. The Catholic Church has vacated its place at the table on the question of abortion.

2. Abortion tinkers with the natural order.

We have cheerfully adopted medicine and technology that “tinker with the natural order”—antibiotics, vaccines, and anesthesia, for example—to which we don’t give a second thought. We prolong life beyond what the “natural order” would permit and allow it to happen where it otherwise wouldn’t (in vitro fertilization, for example). Abortion might be bad, but that it changes the natural order is no argument.

3. You argue that a newborn has more cells than the zygote that it started from. Is this just a size thing? What about someone who’s lost a limb? Or had tonsils, appendix, or gall bladder removed? Are they less of a person?

The difference between an amputee and a newborn is trivial compared to that between the newborn and the single cell. In the long list of organs, limbs, and systems, this amputee merely has one fewer. Compare that with a single cell, which not only has none of those body parts but doesn’t even have a single cell of any body part.

We can push this thinking to the ridiculous. Imagine technology that provides life support so that a human head could survive. Is this less of a person?

Well, yeah. Obviously. Someone who’s been reduced to just a head isn’t as much of a person as they were. Or consider Terry Shiavo, who was allowed to die after 15 years in a vegetative state. Was she less of a person? Her severe brain damage certainly made her less of something, and you can label this whatever you want.

4. Imagine if you’d been aborted!

I wouldn’t care, would I? But how about you, Mr. Pro-life? How do you feel about the fact that you took the opportunity for life that was denied to uncountably many other combinations of egg and sperm? If you think that it’s a silly hypothetical question, you can understand my similar reaction.

There are also voices who confront that challenge directly. Here’s someone who said that her mother’s life was clearly worse for having her and that she wished her mother had aborted her.

Seeing life as a spectrum is the only way to make sense of this. Yes, that leaves unanswered the question of where to draw the line for abortion, but let’s first agree that a spectrum exists.

5. Imagine that you had two planned kids, and then you had a child after an unplanned pregnancy. You wouldn’t want to give that child up. But if you’d aborted it, your life would be emptier.

Of course I’d love my unplanned child as much as my other ones. But what do we conclude from this? That I should have not had two kids but rather three? Or five? Or fifteen? Should I expect some tsk-ing behind my back as neighbors wonder why my wife and I could have been so callous to have not had as many as biology would permit?

(The Quiverfull Movement goes down this path, and I explore that here.)

By similar logic, is a woman’s menstrual cycle a cause for lamentation because that was a missed opportunity for a child? It is a sign of a potential life, lost. But in any life, there are millions of paths not taken. C’est la vie.

I don’t think it’s immoral to limit the number of children you have, and I don’t see much difference between zero cells and one cell—it’s all part of the spectrum. I’ll agree that the thought “Let’s have a baby” isn’t a baby … but then neither is a single cell.

A single cell is simply that: a single cell.
It’s no more a human
than the first brush stroke of a painting is a picture
or the first word of a book is a novel.
— Dave Gardner

(This is a modified version of a post originally published 1/20/12.) 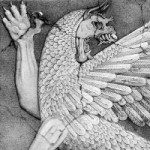 October 11, 2013
Combat Myth: The Curious Story of Yahweh and the Gods Who Preceded Him
Next Post

October 15, 2013 20 Arguments Against Abortion, Rebutted (2 of 4)
Recent Comments
389 Comments | Leave a Comment
Browse Our Archives
get the latest updates from
Cross Examined
and the Patheos
Nonreligious
Channel
POPULAR AT PATHEOS Nonreligious
1