Limitations in Historical Analysis of the New Testament 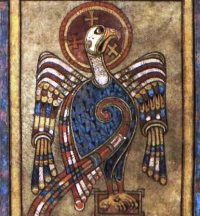 Historians use textual and historical criticism (also called lower and higher criticism, respectively) as they sift through mountains of manuscripts to decide how old they are, where they came from, who wrote them, and what the original probably said. Despite their power, however, these techniques are hobbled by an important and obvious limitation.

Let’s first look into some of the impressive successes by looking at three important New Testament passages that are widely considered to not be original.

This comma (that is, phrase) is the bold part in the epistle of 1 John below:

This phrase is the clearest biblical statement in support of the concept of the Trinity. (I’ve written more on the long road to the Trinity here.) This fundamental doctrine became an important point of debate, and it was resolved only at the First Council of Constantinople in 381. And that’s an important clue. The Comma would’ve surely been a central piece of evidence in the debate, but it was never brought forth. The early church fathers clearly didn’t know about it. Our oldest manuscript evidence is from a seventh-century Latin manuscript, and it’s in none of the early Greek copies.

With the best manuscripts not having the Comma and early fathers oddly silent, this one is easy to resolve.

Success #2: The woman caught in adultery

In this story (John 8:1–11), the Pharisees bring to Jesus a woman accused of adultery. The Law says that such a woman should be stoned to death, so what does Jesus say? Jesus replies, “Let any one of you who is without sin be the first to throw a stone.” As Jesus writes in the dirt, the men drift away. When they are gone, he admonishes the woman to sin no more.

The evidence is similar to the case of the Comma Johanneum. The story is absent from copies of John from the early third century and from the earliest complete New Testaments (the Codices Sinaiticus and Vaticanus, from the fourth century).

The story is referenced by third- and fourth-century church fathers, but the first copy of John to include it is from the fifth century. The New Testament manuscripts that include it don’t always put it in the same place, as if it was a cherished story that scribes inserted in various spots.

Though Augustine (fourth century) thought that the story might’ve been omitted to avoid the impression that Jesus sanctioned adultery, the consensus is that this story is not original.

There are other important disputed sections of the New Testament that are handled in similar ways, but these along with the long ending of Mark are the most substantial.

That and the limitation to this method are in Part 2.

Be hard on your opinions.
A famous bon mot asserts that opinions are like a**holes
in that everyone has one.
There is great wisdom in this but I would add
that opinions differ significantly from a**holes in that
yours should be constantly and thoroughly examined.
— Tim Minchin 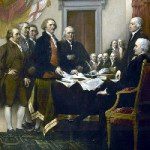 October 28, 2013
The Declaration of Independence—A Christian Document?
Next Post

October 31, 2013 Limitations in Historical Analysis of the New Testament (2 of 2)
Recent Comments
134 Comments | Leave a Comment
Browse Our Archives
get the latest updates from
Cross Examined
and the Patheos
Nonreligious
Channel
POPULAR AT PATHEOS Nonreligious
1