A Convincing Holy Book? Not Possible. 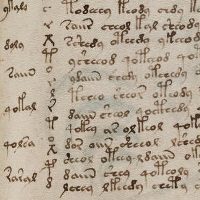 Here’s a thought experiment. Say you’re a strong Christian. You’re comfortable arguing for your position. You don’t think much of the atheist arguments that you’ve seen so far, and you’ve seen quite a few.

Now you come across a holy book from some other religion. It’s an English translation from an original written in a long-dead language from a foreign culture.

What could the book possibly say that would convince you that its miracle claims are correct? That it—and not your own Christianity—is correct? It’s just words on paper. What possible combination would be compelling?

In short, any positive feature of the evidence for the Jesus story will be matched or exceeded by our imaginary religion.

How are we doing so far, my Christian friend? Do you have any remaining objections where you see better evidence in favor of the gospel claims? Apply those features to the imaginary religion. How many independent accounts of the miraculous events do you want? Add that to the list. Does an ancient book sound more in touch with cosmic truth, or would you prefer a more recent and verifiable book? Would you prefer the documents to be written in an ancient language or modern English? A living language or a dead one? Do incidental elements in the story make it sound more authentic? Add it to the list. The only rule is that the evidence itself must be natural, as we have with Christianity. No microfiche or levitating tablets or anything else outside of the technology of the time. No modern English written on a papyrus dating to 2000 years ago.

Given all this, would you become a believer? After a few days kicking the tires to verify that scholars indeed did agree to these claims, would you switch your allegiance?

If you say that you might, but it would take a lot more than a few days to make the transition, then evidence can’t be particularly important to you. If you say that your belief is based primarily on something besides objective evidence—personal witness or experience, perhaps—then don’t imagine that your claims of evidence will be convincing to anyone else. If they don’t underlie your belief, why should they support mine?

Instead, make clear that you believe because of this personal experience and not from evidence. Don’t raise evidence-based arguments if you believe in spite of the evidence.

The invisible and the non-existent
look very much alike.
— Delos McKown