The Christian Poses Tough Questions to the Atheist (3 of 3) 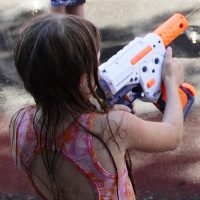 A Christian apologist has given ten questions so tough that atheists are unable to respond. (See my responses, part 1 and part 2.)

So far, the ferocious problems haven’t been hard to unravel. Perhaps the final questions will be more challenging.

8. Why Do Transcendent Moral Truths Exist?

“We have an intuitive sense of moral ‘oughtness’; we recognize that some things are right and some things are wrong, regardless of culture, time or location. We understand that it’s never morally ‘right’ to torture people for the mere ‘fun’ of it. … These moral vices and virtues are objective in the sense that they stand above (and apart from) all of us as humans; they are not simply creations of our liking. Instead, they are independent and transcendent.” Transcendent law requires a transcendent Law Giver.

I’ll use William Lane Craig’s definition of objective morality: “moral values that are valid and binding whether anybody believes in them or not.” I doubt Wallace would object.

Now, back to the question: Wallace asks why objective moral truths exist.

Take, for example, our response to an adult abusing a child. What could explain that moral revulsion? Wallace says that we tap into objective moral truths, but he doesn’t explain where they’re stored, how they got there, how we access them, or if we access them reliably. He confuses a universal response or a deeply held response (which it is) with an objective response (which it isn’t). A far more plausible explanation is the natural one: all humans share the same moral programming.

Wallace also raises the is/ought problem: how do you get an ought (a moral prescription) from an is (a fact of nature)? You can say, “When someone is injured, you ought to help,” but what grounds this demand?

His error is in imagining an objectively grounded ought. I’ve seen no evidence that such things exist, and Wallace provides none. An ordinary ought works just fine here. Our moral programming gives us this ought, and most other people, being of the same species, will share the opinion.

Another way of seeing the problem: if morals don’t come from what is—that is, reality—then where do they come from? Where could they come from? Don’t point to the supernatural before showing compelling evidence that it exists.

Finally, note how morals change with time. We are horrified at the slavery and genocide in the Old Testament, for example, and congratulate ourselves to the extent that we’ve erased them from Western culture. Objective morals that change over time aren’t particularly objective.

(I’ve responded more thoroughly to another of Wallace’s arguments for objective morality here.)

9. Why Do We Believe Human Life to be Precious?

We kill weeds and pests, and we eat livestock, but we’d never consider this for a fellow human. How do we justify this if we’re all just the results of evolution?

Are “it’s wrong to kill a human” or “it’s okay to kill a rat” objective moral statements? Nope. There is no difficulty if there is no objective moral truth to align with. We value our own species more than others because of our biological programming.

Wallace characterizes the naturalist position: “In the true scheme of things, we are no more important (nor any more precious) than the thousands of species that have come and gone before us. Biological life has no intrinsic value and the universe has no purpose.” I agree—life has no absolute value and the universe no absolute purpose. You think it’s otherwise? Show me some evidence.

Wallace also characterizes the naturalist position as saying that only the strong survive.

And here he’s wrong. This is the “nature, red in tooth and claw” caricature. It’s not the strongest that survive, as any high school student who’s studied evolution knows, but the fittest. The fittest for any particular evolutionary niche might be the best camouflaged or the best armored or the fastest. In the case of humans, cooperation and trust can make a stronger society which, in turn, helps protect the people in it. And we don’t see cooperation just in humans. Think of any social animal—wolves, monkeys, or bees, for example.

10. Why Does Pain, Evil, and Injustice Exist in Our World?

“People are capable of inflicting great evil on one another and natural disasters occur across the globe all the time. More importantly, no matter what we do as humans, we seem to be unable to stop evil from occurring.”

Correct. That’s not strong evidence for an omniscient, loving god.

“Atheists often point to the presence of evil as an evidence against the existence of an all-loving and all-powerful God, but all of us have to account for evil in the context of our worldview. Both sides of the argument have to explain the existence and injustice of evil, consider what role it plays in the history of the universe, and come to grips with why justice is often elusive.”

Wrong. The atheist has no Problem of Evil to resolve. That’s your problem.

The Problem of Evil wonders: how can a good god allow all the suffering that we see in the world? Wouldn’t he stop more of it—at least the gratuitous suffering? Wallace acknowledges this problem on the Christian side, but when you drop the god presupposition, this problem vanishes.

“Whatever worldview we adopt, it had better offer a cogent response to the young child who is dying of an incurable disease. Which worldview offers the most satisfying and reasonable explanation for the evil and injustice we see in our world?”

“Satisfying”?! Is that our goal? I thought we were trying to figure out which worldview is accurate. If Wallace wants to rank worldviews based on how happy a story they have to tell rather than how accurate they are, he can do that on his own. I have no interest in participating, but I doubt that Christianity is at the top of the list.

As does Pastafarianism. Do I care? I’ll focus on reality.

For each of his questions, Wallace has explained nothing. He has given us his theology, not evidence. His answers often distill down to nothing more than, “Science doesn’t have all the answers, therefore God.” He has brought a squirt gun to a gunfight.

Sure, science has unanswered questions. It always has. But it has a startling ability to find the answers. If we can look back and see how poorly “God did it” answered “What causes drought and earthquakes?” centuries ago, why continue to apply this discredited answer to the latest series of questions? (More here.)

By being unfalsifiable, “God did it” could explain anything. In so doing, it explains nothing. (More here.)

I’d love to see an apologist show some courage in their claims. Is the riddle of abiogenesis or human consciousness or the origin of the universe so intractable that God is the only possible answer? Will you rest your faith on that claim? Will you say that God must be the answer and, if science does eventually resolve it naturally, you’ll abandon your faith?

Of course they won’t. Unanswered questions aren’t the reason for their faith. So if they aren’t primary evidence pointing to Christianity for them, why should they be for the rest of us? When one of these questions becomes answered (and, given science’s track record, that’s a safe bet), they’ll abandon it and retreat to whatever new question catches their fancy.

Science boldly pushes into new territory and gives us new insights. Religion follows and says, “Oh yeah, I knew that.” Religion is the dog that walks under the ox and thinks that he is pulling the wagon.

The universe is a deadly place.
At every opportunity, it is trying to kill us.
— Neil deGrasse Tyson

November 20, 2013
The Christian Poses Tough Questions to the Atheist (2 of 3)
Next Post 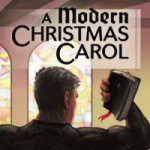 Central Park Tent Hospital: Volunteers Must Agree To...
They think Jesus hates the Gays: Volunteers for the new coronavirus field...
view all Nonreligious blogs
What Are Your Thoughts?leave a comment
Copyright 2008-2020, Patheos. All rights reserved.