A Dozen Responses to the Transcendental Argument for God (2 of 3) December 4, 2013 Bob Seidensticker 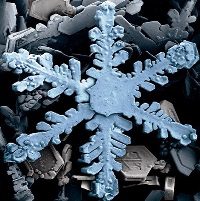 What grounds the laws of logic and mathematics? We know that they work, but why? The Transcendental Argument (TAG) says that they exist because of and are sustained by God.

I introduced the argument and explored the first responses in Part 1. Let’s continue with more responses.

When we look at reality, we usually explain things in terms of more primitive laws or principles. But eventually, you come to the bottom. These elementary principles, which can’t be defined in terms of anything more fundamental, are called axioms. There aren’t many of these, but there are more than zero.

Apologists claim that they can do better than this—they rest everything on just “God did it.”

The first problem is that this is stated as a theological claim, not as evidence. Problem two is that they’ve simply replaced natural axioms with others that they prefer. There are still axioms at the bottom, so this is no improvement.

Like naturalists, apologists agree that you’ve got to stop somewhere; it’s just that their stopping point is based on nothing. It has no evidence to support it. Contrast that with the naturalists’ logical and mathematical axioms. Unlike God, these aren’t taken on faith. They’re tested continually. Why would we want to ground the one that is strongly confirmed with evidence (logic) with the one that isn’t (God)? Why demand something solid to hold up the fundamental axioms but then use faith to hold up God?

I’ll admit that “that’s just the way it is” isn’t completely satisfying, but “God did it” resolves nothing. The apologist won’t tell us why or how God exists; he just exists. This informs us as much as “fairies did it.” But if the Christian can have a fundamental assumption about reality (God), so can the naturalist (natural axioms).

Show me that the laws of logic are optional or different in an alternate universe. Otherwise, we can presume that the logic that we have is universal.

(I wrote a related post about the parable of the mathematician and the theologian here. The moral: “God grounds the laws of mathematics and logic” solves no problem. It’s useless.)

Apologists jump into a TAG presentation using logic. At the end of their argument, they conclude that God exists.

But wait a minute—was that a valid argument? The apologists will certainly say so. But it was made using logic without an assumption of God! To be valid, “God exists” would have to be the conclusion, not an assumption.

The TAG proponents themselves argue that logic can be reliably used without an assumption of God.

(I believe that this is Timothy Pew’s argument.)

One variant of TAG says that logic requires a vessel. Logic can’t be just free-floating truth but must reside in a mind. Before humans, logic must still have been in force, but what held it? God’s mind.

A popular variant of this is the argument that gravity is a ghost in the book Zen and the Art of Motorcycle Maintenance, chapter 3. Before humans, there was no mind to hold the law of gravity. It had no mass or energy. How much more nonexistent could it be?

The problem here is that gravity and the law of gravity aren’t the same thing. Before Newton, Newton’s Law of Gravity didn’t exist. But gravity did.

Similarly, you don’t need a mind for time to exist, but you do for “September” or “ten o’clock.”

And you don’t need a mind for logic to exist, but you do for the laws of logic. Gravity, time, and logic are properties of the universe, and no mind is required.

Continue with the conclusion in Part 3.

Atheism is the arrogant belief
that the entire Universe
was not created for our benefit.
— Michael Nugent

December 2, 2013
Rick Warren: Is This Really the Way to Help People?
Next Post