Rick Warren: Is This Really the Way to Help People?

Rick Warren: Is This Really the Way to Help People? December 2, 2013 Bob Seidensticker 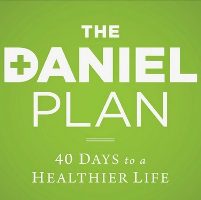 While I’ve been working on getting my new book finished in time for the Christmas season, Rick Warren has been doing the same. He snagged the Parade magazine cover story just a few days before his book launched. Something tells me that he’ll sell more than I will.

Warren says that he was inspired to focus on diet while baptizing overweight parishioners a few years ago. He challenged his congregation, enormous in both weight and number, to get healthier. They lost a total of a quarter of a million pounds.

And now he is promoting a new diet inspired by the Old Testament prophet Daniel.

What does Daniel say about diet?

The book of Daniel mentions diet twice. It begins with Daniel and his companions sent as captives from Judah to Babylon to serve in the court of king Nebuchadnezzar. They were offered the same food as the king ate, but Daniel asked for just vegetables and water instead. Their guard feared for his own safety—if these Judeans looked unhealthy, the king would blame him—but Daniel challenged him to a test. They would eat this simple diet for ten days, and the guard could judge. After the test, they did looked better, as promised.

Years later, Daniel had another diet encounter. Chapter 10 says that he fasted for three weeks because of a distressing vision he had been given. This was a no-luxuries fast, not a no-calories fast (“I ate no choice food; no meat or wine came to my lips”).

So, what does Daniel tell us about our diets? The fast had nothing to do with health, since it was either involuntary from mourning or aimed at spiritual purification, though you’ll find 300,000 hits on the internet with a search term “Daniel fast.”

What does Rick Warren say about diet?

I don’t know what Warren says in his book, but—spoiler alert!—if we follow Daniel’s lead, we’ll be vegans, eating only vegetables.

Warren says that Jesus cared about more than getting people into heaven; he cared about their health as well. The interview ends with Warren quoting John 3:16, about God giving Jesus to the world.

It’s a generosity verse. I say you can give without loving, but you cannot love without giving. If you want to become a loving person, you have to learn to give. You spell love G-I-V-E.

Okay, I get it. Americans are overweight. They eat unhealthy food. Warren is a giving person in an influential position, and he wants to do something to help. If he can wrap a diet in a tasty Christian coating, he can do some good.

So let me anticipate Warren’s approach. He’ll get some nutritionists to create a healthy and sustainable diet, he’ll give it a Christian spin, he’ll make the diet freely available from his web site, and then he’ll use his influence to highlight the project. Maybe he’ll make it available as a free ebook.

Why let profit get in the way of so important a project? Remember, this is the guy who famously reverse-tithes (giving 90% to the church and keeping 10%, rather than the other way around) because of sales of his enormously popular The Purpose Driven Life.

So perhaps instead of “You spell love G-I-V-E” as the guiding principle, the Warren strategists figured that a book combining religion and diet would be a financial marriage made in heaven.

The greatest single cause of atheism in the world today is Christians,
who acknowledge Jesus with their lips and walk out the door,
and deny Him by their lifestyle.
That is what an unbelieving world simply finds unbelievable.
— Brennan Manning

November 30, 2013
A Dozen Responses to the Transcendental Argument for God
Next Post