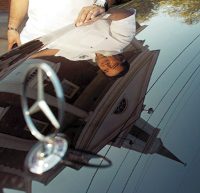 “Good morning, Dr. Jones.” Oliver Jones’ secretary smiled at him from behind her desk. “Welcome back.”

“Thank you,” he said. He had no memory of ever seeing the woman before. He paused to read the label on his unfamiliar office door: “Oliver Jones PhD, Chancellor.”

This was his first day back at work after his accident. He had been out for just a few days, but it felt like nine years. His neurologist diagnosed the problem as retrograde amnesia. The nine years of memory loss could be permanent, his memory might return gradually, or it might return quite suddenly. “I’ve had patients who’ve said, ‘Oh, yeah …’ and then they can almost watch their world rebuild itself as the memories return.”

Nine years earlier, he had been a successful and ambitious college administrator and very much an atheist. Today, he was the head of Tabernacle University, perhaps America’s most aggressively Christian university.

Only his neurologist shared the secret. Jones’s public story was that he had some limited amnesia and that he needed to take things slowly. He hoped that his secretary’s prepping visitors with this vague prognosis would explain away any erratic behavior.

He looked around his big office. He saw many books on Christianity and atheism that he remembered reading. There were other familiar touches—artwork that he recognized and a few nerdy desk toys. But then there were the photos—photos of him shaking hands with televangelists, prominent religious leaders, and a presidential candidate. Who was this guy?

He looked himself up online. He had become Tabernacle’s chancellor four years earlier after some sort of religious epiphany. As a prominent and outspoken atheist, he had apparently been quite a catch for conservative Christianity.

On this first day back at work, he blundered through the day with impromptu staff meetings to update him on the latest issues. As with his first look at his secretary, each of his colleagues was a stranger.

In his house that evening—he was apparently still a single divorced man—he considered his situation. Should he come clean and quit? Find a new job? Or could he use his bully pulpit to attack Christianity from the inside?

He weighed his options as an interesting route took shape—remain as chancellor, but be a reformer. He could use his position to steer this inept leviathan onto a healthier course. The board might fire him, of course, but as an atheist who woke up at the helm of a prominent Christian institution, this was too good an opportunity to pass up.

He thought of the students. The image came to mind of a jungle explorer who slips into quicksand. He struggles but sinks deeper. Exhausted, he calls for help, but no one comes. His students were like that, living and breathing reason but imperceptibly slipping under. He could throw them a rope.

The university charter made clear that the Christian student had nothing to fear from an honest search for the truth. With this as his lodestar, Jones pushed through his reforms. He sidelined projects that had been on his desk and started with a lecture series with nationally known atheists. His students needed to see the real debate, not some neutered version. No longer could his professors set up flimsy atheist arguments but would need to respond to the best. He dropped the faith requirement for professors and created a new professorship for Atheist Studies. He charged the science department with teaching only the scientific consensus—no more Creationism or 6000-year-old earth. He launched a project to earn an honorable accreditation for the university rather than one given only to Bible colleges. Students would discover the truth, not have it imposed as dogma.

Reactions came quickly. Alumni protested, and parents demanded that the school be turned back into a safe haven for their children. The board warned that neither group could be alienated. Jones responded by pointing to the school’s confident charter. Wasn’t it still in force? He said he wanted nothing more than to honor the founders’ vision.

With a bit of breathing room, he courted the press and soon became the darling of the mainstream religious media. Each strategically timed innovation brought a new round of interviews higher profile than the last.

Tabernacle had been a stodgy refuge from reality but was evolving in the public mind into an innovator in Christian thought and higher education. The board got off his back.

At the end of the semester, Jones took stock of his work. Four months earlier, he had felt like Alice, newly through the looking glass. Now he could point to solid progress in smoothing off the sharp edges, at least for this Christian institution. For all the enemies he had made, he seemed to have even more allies. Who could say what additional improvements he might make in the years to come?

It finally felt right to make this office his own, to replace photos of that other guy with recent magazine cover stories and pictures with new friends.

He studied the old photos as he took them down. He was surprised as they brought to mind dreams he’d had recently—dreams of an unfamiliar past that now came more into focus—and he went through the photos again. Oh yeah, he thought, as memories finally trickled back to become ill-fitting jigsaw puzzle pieces. The man in the top photo, that was the outgoing chancellor. He remembered him now. And the photo with the famous preacher—he remembered when the photo was taken.

He even remembered the event that led to his being there, that low point when he got on his knees and embraced Jesus. He was getting his life back, though instead of walking into a welcoming and familiar new world, he felt that old life creeping up around him like a jungle vine, pulling him under, yanking him back to his Christian past.

He could call for help, but who would come? 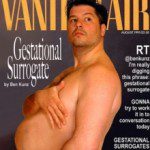