Why is it Always Men Advancing the Pro-Life Position?

Why is it Always Men Advancing the Pro-Life Position? January 3, 2014 Bob Seidensticker 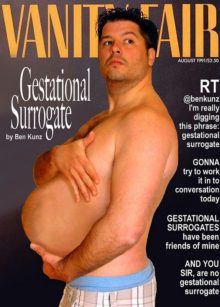 Look at the pro-life lineup of speakers and authors, and you’ll see far more men than women. Doesn’t it seem unfair that the gender that isn’t personally inconvenienced by pregnancy is the one pushing the restrictions?

I’m not saying that men should be silent, but I would prefer to see participants in the conversation in proportion to how it impacts their lives directly. The woman who’s pregnant? Of course. The man who will help support and nurture the child? Yep. Some self-important blowhard in a pulpit or on a stage or behind a microphone a thousand miles away? Not so much.

I remember a podcast by a popular Christian apologist during which a woman caller asked this question. The apologist (a man) seemed annoyed. He said that murder was murder. (I disagree, but that’s a tangent.)

More to the point, he said that his moral opinion was relevant regardless of his gender. I’ll agree with that, as far as it goes. But I think that the woman had an important point that is rarely acknowledged, since only a woman can have an abortion.

Let me try to turn the tables. This apologist is of the age where he might have been in the draft pool during the Vietnam War. Let’s suppose it’s 1970, and this guy returns from a tour fighting in Vietnam. Readjusting to life in America is tough, and he has nightmares and other symptoms of what we now call PTSD. His wife is sympathetic and, after some prodding, he shares the problem with her.

“Oh, you should go see Dr. Franklin about that,” she says. “I’m part of a community of veterans’ wives, and I’ve heard all about that problem. He does wonders with returning soldiers, and he’ll fix you up in no time.”

Our hero hesitates, not comfortable discussing his demons with a stranger. “I don’t think so.”

“No, really. I’ve heard a lot about this, and that treatment should work for you.”

Tension increases as they go back and forth. Finally, he says, “Honey, I really appreciate your sympathy. I know you want to help. But you must understand that you will never, ever understand what I’ve been through. Put in 18 months in Vietnam and then we’ll have something to talk about. Until then, you don’t get it, and you never will.”

Similarly, our 60-something male apologist will never, ever completely understand what it’s like to be 15 and pregnant, faced with disapproving parents and ridicule from classmates, seeing her life plans crumbling around her, dealing with pro-lifers shouting “murder!” at the suggestion of an abortion, and wondering how she’s ever going to get her life back on track.

If the male apologist wants to comment on the topic, that’s fine, but a big dose of humility (and sympathy) would make his opinion easier to take.

About a year ago, I wrote about Republican Senator Rob Portman’s dramatic public reversal on the issue of same-sex marriage after his son came out as gay several years earlier. Bravo, Senator, for taking a politically difficult stand, but why did it take a gay son to bring about this turnaround? You couldn’t figure the issue out by thinking about other people’s gay children? You couldn’t get there by musing, “Gee … what if my son turned out to be gay?” Or even, “What if I’d been gay?”

As clever as humans are about imagining situations and learning from them, Sen. Portman’s experience says that sometimes it does take your own son being gay to make you get it.

Maybe the Portman Effect is what we’re seeing with male pro-lifers. They’re not going to get pregnant, so it’s easy to be pro-life. Any downsides from continuing an unwanted pregnancy don’t directly affect them. Like Portman, they can’t put themselves in the shoes of someone going through this unless it actually happens to them. As men, it never will.

Perhaps they would see things differently if their own 15-year-old daughter got pregnant. (That’d be a great study: look at pro-life parents of teen girls with an unwanted pregnancy and see how many insisted that the same rules applied to their kid vs. how many rationalized that an exception was necessary, just in this case.)

Until that happens, gentlemen, please show a little humility.

Life in Lubbock, Texas, taught me two things:
One is that God loves you and you’re going to burn in Hell.
The other is that sex is the most awful, filthy thing on Earth
and you should save it for someone you love.
— Butch Hancock 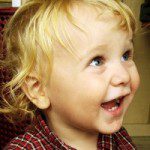