8 Lessons Learned from the Minimal Facts Argument (2 of 2) 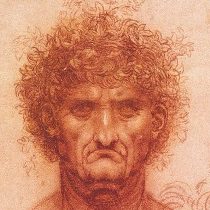 In the aftermath of our analysis of Gary Habermas’s minimal facts argument from The Case for the Resurrection of Jesus, here are the final lessons learned. (Read part 1 here).

5. Follow the facts; don’t start with your religious presuppositions. Habermas makes this error many times. For example:

The laws of nature would be no match for an omnipotent God who chooses to act by superseding those laws (p. 141).

Yes, if we assume God first, we can imagine him having his good reasons. For example, why is there evil? (God has his reasons; don’t worry your pretty little head about it.) Why is God so hidden? (God is way smarter that you and must be hidden for a good reason.) Doesn’t science reject miracles? (Bending the laws of nature would be easy for the god who made them.)

Yes, I suppose that if you start with your presuppositions, you can select and arrange the facts to support it. Do this to satisfy your own doubts if you must, but otherwise the rest of us don’t care. No, what makes a powerful argument is showing that starting with the agreed-to facts, an objective observer would come to your conclusion.

Never start with your presuppositions and then show how the facts can be rearranged to support them. That’s backwards.

The apologist can say that we can’t prove that God doesn’t exist, that God is always smart enough to stay ahead of science and clever atheist arguments. But that puts the burden of proof on the wrong shoulders.

6. Failure to acknowledge the magnitude of your claim

Habermas wants to win by default. He says: here are the secular claims; they’re all wrong; therefore, I win. For example:

We have observed that all opposing theories to Jesus’ resurrection are extremely improbable, if not practically impossible (p. 188).

Why bother weighing Habermas’s claim when he’s the only one left standing? What he fails to acknowledge is that his might be the most remarkable claim ever: that the universe was created by a supernatural being, that this being created humans on the dust speck we call Earth, that he appeared on Earth as a man to provide a loophole in a rule that he created himself so that we can get into heaven, and that this claim is for real, despite looking very similar to a thousand other manmade religions. I don’t remember a single word from Habermas acknowledging the complete insanity of the claim.

Maybe Habermas’s supernatural claim is correct, but he must acknowledge the enormity of the claim he’s making and the correspondingly enormous quality of evidence necessary to support that claim. Extraordinary claims require extraordinary evidence.

Habermas must make the positive case, not just attack his opponents.

(And I can’t let Habermas’s bold claim stand unchallenged: “all opposing theories … are extremely improbable” is completely unfounded. At best, the powder-puff arguments that Habermas attacked are improbable. Read the full critique from a few days ago for more.)

7. Evaluate similar claims with a similar bar of evidence

Apologists should test out their arguments by imagining an equivalent argument from someone in another religion. Would they be convincing to you? If not, why imagine that yours will be to me?

8. The consensus of New Testament scholars says so

While a poll would be easier and more reliable, Habermas prefers to infer the scholarly consensus from published articles, and this creates problems. Since Habermas won’t show his database to anyone, we don’t know how comprehensive or unbiased it is. Not everyone who has an opinion on gospel questions (Was there an empty tomb? Was there a resurrection?) will be equally motivated to write a paper and try to get it published. Most importantly, his sample is surely under-represented by historians and over-represented by Christians.

This was more thoroughly debunked in the first post in this series.

Weebles wobble but they don’t fall down

Like Weebles, the roly-poly toys that won’t fall down, the individual claims in Habermas’s minimal facts argument will bounce back up. They’re immune to evidence because they’re not the result of an unbiased following of the evidence.

Perhaps they can at least provide examples of what to avoid. 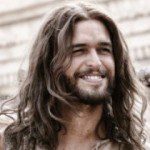