Biblical Marriage: Not a Pretty Picture 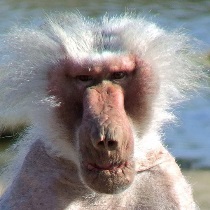 Though the momentum in America is clearly toward allowing same-sex marriage, conservative Christians aren’t going gently. They imagine that the Bible is on their side. Let’s see if that claim holds up.

Jesus said, “A man will leave his father and mother and be united to his wife, and the two will become one flesh” (Mark 10:8). If the Bible said only that, the conservative Christian might indeed hold the winning hand, but it says much more. Things get messier the more we poke through the Bible.

Interracial Marriage. Deut. 7:3 says, “Do not intermarry with [those in the Canaanite tribes]. Do not give your daughters to their sons or take their daughters for your sons.” King Solomon got into trouble for violating this rule and marrying foreign wives (1 Kings 11).

So the Bible says that marriage is with someone of your own tribe.

Concubine Sex. King Solomon famously had 300 concubines (1 Kings 11:3). Four of Jacobs 12 sons were from servants of his two wives, and Abraham’s first child was from his wife’s slave.

So the Bible legitimates sex with and children from slaves and concubines.

Rape. What single person hasn’t seen an attractive person across the bar or dance floor and struggled to find a way to break the ice? Here’s a fun approach: “If a man happens to meet a virgin who is not pledged to be married and rapes her and they are discovered, he shall pay her father fifty shekels of silver. He must marry the young woman, for he has violated her” (Deut. 22:28–9).

So the Bible says that if you see a woman and don’t want to go through that whole getting-permission thing, you can rape and then marry her.

Captured Women. “Now kill all the boys. And kill every woman who has slept with a man, but save for yourselves every girl who has never slept with a man.” (Num. 31:17–18; see also Deut. 21:11) I don’t know what we’re talking about here—whether it’s wife, concubine, or sex slave.

So the Bible says that capturing women (virgins only, please) is a reasonable way to get a bedmate. It doesn’t much matter whether the woman is on board with the project or not.

Slave Marriage. Exodus 21:4 says that a male Jewish slave can be released, but any wife given to him by his master (and her children) remain the master’s property.

So the Bible says that ownership trumps marriage.

Levirate Marriage. Say a man is married but dies before he has any children. Who inherits his stuff? To solve this problem, the Bible demands that another brother must marry this sister-in-law, with the firstborn child considered the dead brother’s heir. The Bible does more than simply document a curious local custom; God enforces it with the death penalty (Gen. 38:8–10).

So the Bible says that getting children as heirs for a deceased brother is more important than having your own children.

Polygamy. Abraham had two wives. Jacob also had two (or four, depending on how you count them). Solomon had 700.

God said to David, “I gave your master’s house to you, and your master’s wives into your arms. I gave you the house of Israel and Judah. And if all this had been too little, I would have given you even more.” (2 Sam. 12:8). God has his complaints about David, but polygamy isn’t one of them.

So the Bible says that marriage is between a man and one or more women.

Apologists like to excuse the Bible’s craziness with its many variations on marriage by saying that it simply reflects the culture of the time. It applied then, but it doesn’t apply now. I can accept that—just do the same when the Bible says, “A man shall not lie down with a man.” Put that into the same bin as levirate marriage, polygamy, or killing everyone in a tribe except the hot women that are kept for your pleasure.

The Bible also argues against marriage

Today’s Christian enthusiasm for marriage certainly wasn’t mirrored by the early church. Here’s what Paul says: “It is good for a man not to have sexual relations with a woman” (1 Cor. 7:1). So much for the celebrated role of procreation (which I reject here).

Paul also said, “Now to the unmarried and the widows I say: It is good for them to stay unmarried, as I am. But if they cannot control themselves, they should marry” (1 Cor. 7:8–9). In other words, marriage is the second best option.

Paul also rejected divorce (7:10–11). Those Christians concerned about the purity of marriage might want to look at their own house to see if they’re following the rules. (You could say that Paul rejected marriage only because he thought the end was near. This might help reinterpret his curious views on marriage, but of course his being dramatically wrong raises a whole new set of problems.)

Marriage wasn’t even a Christian sacrament until the Fourth Lateran Council of 1215. This wasn’t a popular move among civil authorities of the time, because it granted the church the power to decide which marriages were legal and which not—and therefore decide which contracts (often based on marriages) were valid and which not. When the Pope didn’t like an alliance, he could just annul the relevant marriage.

The argument that the Bible and the Church make a clear and unambiguous declaration that marriage is between a man and a woman is in tatters. Sure, let’s celebrate marriage, but let’s not delude ourselves about how recent our view of marriage is.

For more on this subject: “Homosexuality v. Christianity”

The first principle is that you must not fool yourself—
and you are the easiest person to fool.
— Richard Feynman

March 5, 2014
So How Does an ATHEIST Explain the Resurrection Story?
Next Post 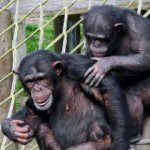 March 10, 2014 Homosexuality in Nature
Recent Comments
382 Comments | Leave a Comment
Browse Our Archives
get the latest updates from
Cross Examined
and the Patheos
Nonreligious
Channel
POPULAR AT PATHEOS Nonreligious
1