So How Does an ATHEIST Explain the Resurrection Story? 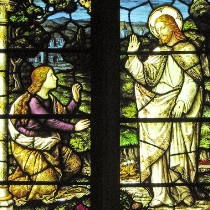 My recent posts have focused on Gary Habermas’s claim for a scholarly consensus in favor of the resurrection of Jesus (discussed here) and his minimal facts argument supporting the resurrection (here, with lessons learned here).

His arguments might be great when preaching to the choir, but they don’t hold up to a skeptical critique. But if the Christian explanation is wrong, what does explain the facts?

The claim: The gospels each claim that Jesus rose from the dead. Our goal will be to find a natural explanation.

The facts: I’m taking as evidence for this claim the books of the Bible, documents from the early church fathers, and writings of early historians. (Noncanonical books also exist—the Gospel of Thomas, for example—but these aren’t part of apologists’ arguments, so I’ll ignore them.) I like Habermas’s starting point: “I am not basing my argument for Jesus’ resurrection on the inerrancy of the Bible or even on its general trustworthiness” (The Case for the Resurrection of Jesus, p. 212).

Given these facts, we will try to explain the resurrection with a natural explanation—that is, without taking the gospel story as history.

Gary Habermas is pessimistic about our project:

No plausible natural explanations can account for all of the known facts regarding the resurrection of Jesus. Never in history has there been such a unique combination of events. … A huge problem is that no single natural option, however unusual, can explain all of the evidence for the Resurrection (Case, p. 142).

Despite his certainty of our failure, let’s push on and consider the various elements of the Bible story.

Why did church fathers write what they did?

The Christian leaders from the first and second centuries believed (and wrote about that belief) just like people do today. Nothing supernatural here. We can explain them in the same way that Habermas explained the Muslims who attacked on 9/11: “Deceived? Yes. Liars? No” (Case, p. 93).

Why does the Old Testament say what it says?

The Old Testament looks just like it was written by primitive people from that region of the world. We see polytheism and support for slavery and genocide. We see in early Judaism the Combat Myth, which came from earlier Babylonian and Akkadian stories. We see Sumerian cosmology in the Genesis creation story. Early Judaism was simply another Canaanite religion, and we even read about Elohim and Yahweh in Canaanite holy books that preceded the Old Testament.

Here again, the natural explanation is plausible (I would say “overwhelming,” but our goal is simply to offer a plausible natural alternative to Habermas’s supernatural one).

Why did historians like Josephus write what they did?

Historians who followed Jesus said at best, “there are people called Christians who worship a man named Jesus,” hardly compelling evidence for the supernatural stories about Jesus. (I’ve written more on Josephus here.)

And now for the main event:

If Jesus died around 30 CE and the first gospel was written forty years later, that’s a long time (in an unsophisticated prescientific culture) for the story to evolve. The gospels were written in Greek, which means that the Jesus story was filtered through Greek culture, full of their own stories of miracles and gods. One example: the story of Dionysus dying and rising from the dead. Some early Greek Christians might well have been former worshippers of Dionysus. If the Jesus story didn’t have him rising from the dead before they heard it, there’s a good chance that it did after they got through with it.

I’m not proposing malicious tampering with the story or claiming that any part is a hoax. I’m simply saying that human memory is notoriously inaccurate, and oral history is an error-prone process. Even today, you can find newspaper stories from the previous day that have errors. Stories change with the retelling.

As to the elements that are unique to Christianity, how does any new religion branch away from its earlier beliefs? Christianity isn’t the only religion that made innovations.

That’s it. It was oral history for decades in a culture full of supernatural tales, and it picked up changes and “improvements” along the way before being written.

And there are other possible variations along Christianity’s path. Maybe someone was lying along the way. That’s hardly surprising—we know that people lie. You might ask for their motivation. I dunno, and I don’t much care—we understand those times so poorly that there could be lots of surprising reasons. Are you going to trot out the literal, supernatural interpretation of the Jesus story and claim that that’s more likely?

Or maybe our understanding of the early church is significantly wrong because of deliberate changes to the gospels in the centuries-long period after initial authorship but before we get our first complete New Testament copies in the fourth century. Gospels could have been amended or added to, and competing gospels could have been discarded or destroyed. To give one uncontroversial example, half of the “Pauline” epistles (those that say they were written by Paul) were not.

Or maybe Jesus never existed. Paul was writing about a mythical Jesus in the unspecified past (his understanding of the gospel story is basically nonexistent), and later authors could have historicized the story.

I only claim to have sketched out plausible natural paths through the facts. You might find better ones. My goal is to show that some natural path is possible. With the facts plausibly explained, that defeats the supernatural claim.

Habermas claims that (1) Jesus died by crucifixion, (2) the disciples believed, (3) Paul believed, (4) James believed, and (5) the tomb was empty. He says, “Two thousand years of attempts by critics to account for these facts by natural causes have failed” (Case, p. 128).

What’s to explain? You’ve got a marvelous story full of miracles from a distant culture 2000 years ago, and you’re wondering which bin to put it in? Stamp it with “Myth/Legend” and let’s move on. The gospel’s miracles, the doubts turned into beliefs, and the enthusiastic eyewitnesses are just a story.

If somewhere within the Bible, I were to find a passage that said 2 + 2 = 5,
I wouldn’t question what I’m reading in the Bible.
I would believe it, accept it as true,
and then do my best to work it out and understand it.
— Pastor Peter LaRuffa
in 2014 HBO documentary “Questioning Darwin”