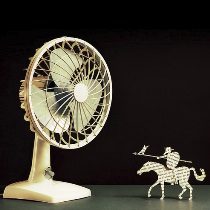 During the 1995 O.J. Simpson murder trial, talk show host Dick Cavett mused about bumping into Simpson at a cocktail party. In such a situation, he anticipated that he would say, “Well, there are so many people here who haven’t murdered anyone, I think I’ll go talk to them.”

And that’s my reaction to hearing philosopher William Lane Craig blather on about his opinions on cosmology (read: how he’s picked facts to support his conclusion). When I’m curious about the origin of the universe, I think I’ll go talk to the cosmologists.

William Lane Craig, cosmologist. Or not.

In the first place, Craig isn’t an expert on the topic. For this 2/21/14 debate, the topic was, “The existence of God in light of contemporary cosmology.” In the second place, experts are readily at hand—for example, his opponent, Sean Carroll, who earned a doctorate in Astronomy and Astrophysics from Harvard and is currently a professor at CalTech.

Craig has made clear where his truth comes from. He states in Reasonable Faith (2008):

Should a conflict arise between the witness of the Holy Spirit to the fundamental truth of the Christian faith and beliefs based on argument and evidence, then it is the former which must take precedence over the latter, not vice versa. (p. 48)

See what I mean about his picking his facts to support his conclusion? Perhaps that also explains his unwarranted confidence in getting into the ring with someone who is actually an expert on the topic.

There’s not much to say about Craig’s 20-minute opening to those familiar with his arguments. He used two of his favorites, the Kalam cosmological argument and the fine tuning argument. One surprise was that his arguments were more remote than usual. The average Christian may have difficulty with terms like entropy, singularity, and arrow of time. Here, Craig also used, without definition, the terms cosmogonic, de Sitter space, “unitarity of quantum theory,” and Boltzmann brains.

However, I was pleased that he avoided my usual complaint, which is his using “just think about it” to introduce some bit of pop philosophy. Yes, common sense is tempting, but it’s not the final arbiter at the frontier of science. Maybe he knew that this kind of argument would be laughed down by an expert. If so, let’s remember that next time he uses such an argument when Sean Carroll isn’t around.

Carroll began by making clear that this debate is not an ongoing one within the cosmology community. You’ll hear theories of origins debated at cosmology conferences, but there is no discussion of God as a plausible explanation.

He responded to Craig’s Kalam argument by attacked point 2 (the universe began to exist). He noted that Craig gave no evidence to back up the claim and, indeed, there isn’t any.

The bigger problem is that the point isn’t even false since Craig doesn’t use the right vocabulary for discussing cosmology. Carroll said, “Aristotelian analysis of causation was cutting edge stuff 2500 years ago; today we know better.” Referring back to his opening point, he noted that you don’t find the words “transcendent cause” in a cosmology textbook; what you find are differential equations! There simply is no need for metaphysical baggage on top of the known physics.

The idea of a beginning to the universe suits Craig. He’s concerned about the naturalist who says that, even if the Big Bang were the beginning of our universe, it could have come from an eternal multiverse. To anticipate this, Craig invariably brings up the Borde-Guth-Vilenkin theorem (BGV), which says that the multiverse did have a beginning.

BGV demands a beginning to the universe, but it starts with assumptions. Discard those assumptions, and the rules are different and eternality is possible. What BGV says is simply that our ability to describe the universe classically, that is, without quantum mechanics, gives out. Craig is simply wrong when he insists that BGV proves a beginning to everything.

It was a pleasure to see a competent physicist dismantle Craig’s cosmological dabblings. Craig cited the Second Law of Thermodynamics to support a finite universe, and Carroll responded that he’d written an entire book on the subject. About the puzzle of why the universe began with low entropy, Carroll said, “To imagine that cosmologists cannot answer that question without somehow invoking God is a classic God-of-the-gaps move. I know that Dr. Craig says that that’s not what he’s doing, but then he does it.”

About Craig’s criticism of Carroll’s own cosmological model, Carroll responded, “[Dr. Craig] says that my model is not working very well because it violates unitarity, the conservation of information, and that is straightforwardly false.” He then pointed out how Craig took a Hawking quote “completely out of context.”

Carroll pointed out that a major problem is the very definition of theism. One theist may give a thorough definition, but then dozens (or thousands) more will give competing definitions. More to the point, theism is not a serious cosmological model. Cosmology is a mature science, and models are expected to address real issues. For example: What is the predicted spatial curvature of this universe? What is the amplitude of density perturbations? What causes the matter/antimatter asymmetry? What is the dark matter? And so on.

Theism doesn’t even try. It has nothing to offer.

Some things happen for “reasons” and some don’t,
and you don’t get to demand
that this or that thing must have a reason.
Some things just are.
Claims to the contrary are merely assertions,
and we are as free to ignore them
as you are to assert them.
— Sean Carroll