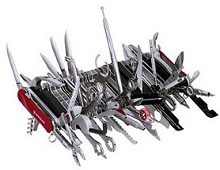 And there are lots more (thanks, Richard Russell).

Many Christians cite the resurrection as the most important historical claim that the Bible makes. If the resurrection is true, they argue, the gospel message must be taken seriously. I’ll agree with that. But how reliable is an account riddled with these contradictions?

(1) They’ll nitpick the definition of “contradiction.” Contradictions, they’ll say, are two sentences of the form “A” and “not-A.” For example: “Jesus was born in Bethlehem” and “Jesus was not born in Bethlehem.” Being precise helps make sure we communicate clearly, but this can also be a caltrop argument, a way of dodging the issue. The issues listed above sure sound like contradictions to me, but if you’d prefer to imagine that we’re talking about “incongruities” or “inconsistencies,” feel free.

(2) They’ll respond to these “inconsistencies” by harmonizing the gospels. That is, instead of following the facts where they lead and considering that the gospels might be legend instead of history, they insist on their Christian presupposition, reject any alternatives, and bludgeon all the gospels together like a misshapen Swiss Army knife.

(3) They’ll try to turn this weakness into a strength by arguing that four independent stories (the gospels aren’t, but never mind) shouldn’t agree on every detail. If they did, one would imagine collusion rather than accurate biography written using eyewitness testimony. Yes, biography and collusion are two possibilities, but a third is that this could be legend.

Let’s drop any preconceptions and find the best explanation.

Wandering in a vast forest at night,
I have only a faint light to guide me.
A stranger appears and says to me:
“My friend, you should blow out your candle
in order to find your way more clearly.”
This stranger is a theologian.
—Denis Diderot 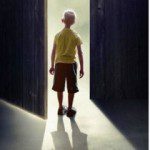 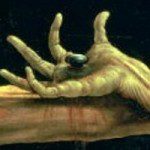 April 18, 2014 10 Reasons the Crucifixion Story Makes No Sense
Recent Comments
38 Comments | Leave a Comment
Browse Our Archives
get the latest from
Cross Examined
Sign up for our newsletter
POPULAR AT PATHEOS Nonreligious
1