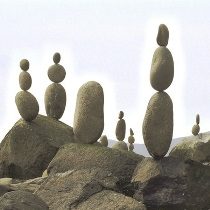 This is the conclusion of a summary of the recent debate between philosopher William Lane Craig and cosmologist Sean Carroll. In part 1, I summarized Carroll’s response to the Kalam cosmological argument. Here, it’s a response to the other half of Craig’s argument, the fine tuning argument.

Carroll began with a compliment of sorts.

This is the best argument that the theists have when it comes to cosmology. That’s because it plays by the rules. You have phenomena, you have parameters of particle physics and cosmology, and then you have two different models, theism and naturalism, and you want to compare which model is the best fit for the data. I applaud that general approach. Given that, it is still a terrible argument. It is not at all convincing.

Carroll raises five points. First, he’s not convinced that there is a fine-tuning problem. Yes, changes in the parameters that define our reality would change conditions, but it does not follow that life could not exist. “I will start granting that [life couldn’t exist with different conditions] once someone tells me the conditions under which life can exist.” We don’t even fully understand life on this planet, nor do we understand it on the other planets in the universe that hold life (if any), nor do we understand it within the other possible universes (if any).

For example, is life just information processing? That raises lots of possibilities for life. “They sound very science fiction-y,” Carroll admits, “but then again, you’re the one who’s changing the parameters of the universe.”

God can do anything, and he isn’t limited by the parameters of the universe. If life were impossible naturally, God could make it happen anyway. Carroll says about theism, “No matter what the atoms were doing, God could still create life.” That means that apparent fine tuning points to naturalism, since it must do everything naturally and has no fallback. If you insist that the parameters must be just so, then you’re arguing for naturalism.

Physicist Vic Stenger made the point this way in The Fallacy of Fine-Tuning:

Certainly an all-powerful creator could have made a universe delicately balanced to produce life. But he also could have made life exist in any kind of universe whatsoever, with no delicate balancing act necessary. So if the universe is, in fact, fine-tuned to support life, it is more—not less—likely to have had a natural origin. (p. 115)

Some apparent fine tuning vanishes on closer inspection. The expansion rate of the early universe is often cited as one example of fine tuning. In fact, Stephen Hawking in his A Brief History of Time says that it was tuned to 10–17, to the delight of apologists. What they avoid quoting is Hawking just a few pages later:

Carroll makes the same point when he says that the apparent fine tuning vanishes when you look to general relativity. The probability of the universe expanding as it did wasn’t 10–17; it was 1.

Apologist Richard Swinburne isn’t on board with the multiverse. He says, “To postulate a trillion trillion other universes, rather than one God in order to explain the orderliness of our universe, seems the height of irrationality.”

He doesn’t acknowledge that we have no supernatural precedents by which to evaluate the probability of his god proposal. He doesn’t seem to know that the number of other universes isn’t the point—there are an infinite number of integers, for example, but bringing integers into a discussion isn’t infinitely complicating. He doesn’t admit that the multiverse is a prediction of well-established science.

Carroll disagrees that the multiverse is extravagant: “It’s a prediction of a simple physical model.” The multiverse hypothesis can make testable predictions. He showed a graph of the density of dark matter in the universe as an example. “You do not see graphs like this in the theological papers trying to give God credit for explaining the fine tuning because theism is not well defined.”

Even if you reject naturalism as an explanation, you can’t fall back on theism. To be taken seriously, apologists must come up with a model of a universe that one would expect with theism and then compare it to the data to see if it fits. So, what would you expect a theistic universe to look like, specifically?

Theism would predict a just-right tuning of parameters, while we find that the entropy of the early universe (to take one example) was far, far lower than it needed to be for life. Theism would predict far less matter than the 100 billion galaxies (each with 100 billion stars) in our universe. Theism would predict that life would be important to the universe; naturalism says that it’s insignificant. Theism demands that we look at the Hubble Deep Field image of thousands of ancient and incredibly distant galaxies and conclude, “This is all here because of us!”

Over and over, the data shows a universe that matches the predictions of naturalism and not theism.

He went on to contrast the predictive success of theism vs. naturalism.

Carroll is quick to agree that, yes, the theist can whip up reasons to explain away any of these problems. It’s not hard because theism is not well defined and can be reshaped as necessary, like clay. Ad hoc justifications are easy to come up with, but no, that’s not a good thing.

Contrast that with science—when new data causes problems for a theory, science looks for a new theory. And that is a good thing.

The reason why science and religion
are actually incompatible is that, in the real world,
they reach incompatible conclusions.
— Sean Carroll 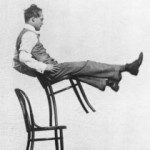 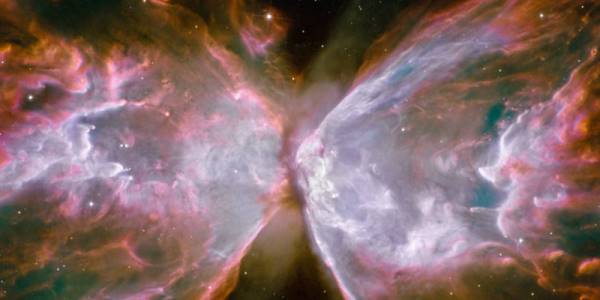