What Did the Original Books of the Bible Say? (Part 2)

What Did the Original Books of the Bible Say? (Part 2) April 4, 2014 Bob Seidensticker 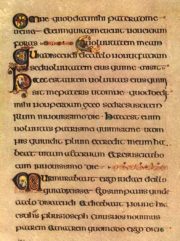 Part 1 of our journey from today’s New Testament back in time to Jesus looked at the problems of translations, canonicity, and finding the best copies. The next problem to crossing this gulf is textual variants. There are 400,000 differences between the thousands of New Testament copies—more differences than there are words in the New Testament. Almost all are insignificant, but thousands of meaningful differences remain.

Historians use several tools to resolve these differences:

Notice that these tools need multiple manuscripts to work. They ask: given two manuscripts with different versions of a particular passage, which is the more authentic one?

Consider the long ending of Mark, for example. Given a manuscript of Mark ending with verse 16:20 (version A) and a manuscript ending with 16:8 (version B), the historians’ tools can be applied to determine which is the likely older and more authentic version. But what if you don’t have multiple versions? Suppose we only had Mark version A, with no copies of B and no references to it. Scholars wouldn’t even know to ask the question!

Consider the three most famous of these embarrassing scribal additions: the long ending of Mark, the Comma Johanneum (the only explicit reference to the Trinity in the Bible), and the story of the woman taken in adultery. Apologists will argue that these are neither embarrassing nor problems because they’ve been resolved. We know that they weren’t original. But this is true only because historians happen to be lucky enough to have competing manuscripts without these additions. What about added biblical passages where do we not have correct manuscripts to make us aware of the problem? Are there dozens of instances of these untraceable additions? Thousands? We don’t know.

There are consequences. Pentecostal snake handlers trust in the long ending tacked onto Mark (“In my name they will drive out demons; they will speak in new languages; they will pick up snakes with their hands, and whatever poison they drink will not harm them”). What additional nutty demands in our New Testament do we not know are inauthentic?

Of several manuscript categories, our oldest complete copies are Alexandrian manuscripts, including the Codex Sinaiticus and Codex Vaticanus mentioned in the last post. That’s not because they’re necessarily better copies but because they were preserved better. The dry conditions of Alexandria, Egypt preserved manuscripts better than many other places where New Testament documents were kept—Asia Minor, Greece, or Italy, for example. We accept these manuscripts simply because anything that might refute them has crumbled to dust, which is not a particularly reliable foundation on which to build a portrait of the truth.

Read the first post in the series here: What Did the Original Books of the Bible Say? or continue on to “The Bible’s Dark Ages” 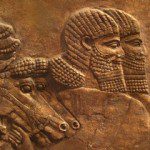 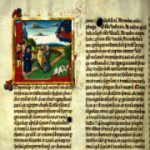 April 7, 2014 The Bible’s Dark Ages
Recent Comments
343 Comments | Leave a Comment
Browse Our Archives
get the latest from
Cross Examined
Sign up for our newsletter
POPULAR AT PATHEOS Nonreligious
1